How To Play Carrom?

The broad objective of carrom is to use the striker with a flick of the finger to drive the carrommen into any of the four corner pockets. The aim of the game is to pocket one's nine carrommen along with the queen before your opponent.

As mentioned earlier, carrom requires a lot of concentration, practice, precision, and a good sense of angles. Above all, it is important to know the laws of carrom and how to play the game.

Before we get into the rules of the game, here is a quick glimpse of the first round that demonstrates how the strike moves among the four players. 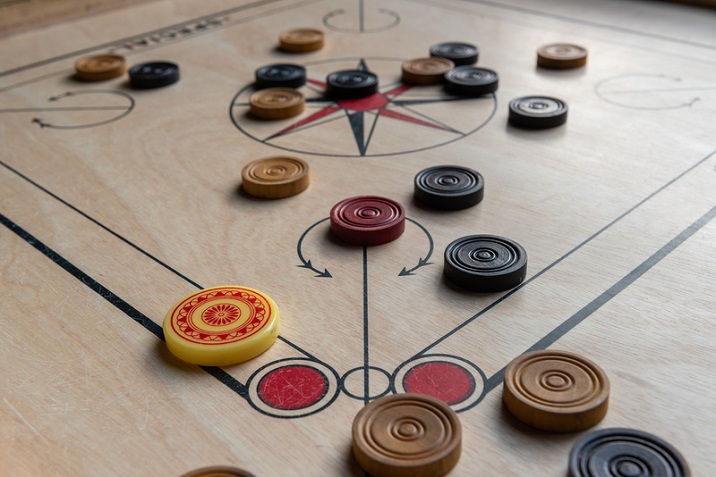 A foul committed by a player results in a due or penalty. Following are few common instances of foul −