The International Carrom Federation is the global governing body of the game. International Olympic Committee has also recognized the sport in 1990s. India and Sri Lanka have produced world champions over the years in carrom. Following are some of the current champions in men’s and women’s category. 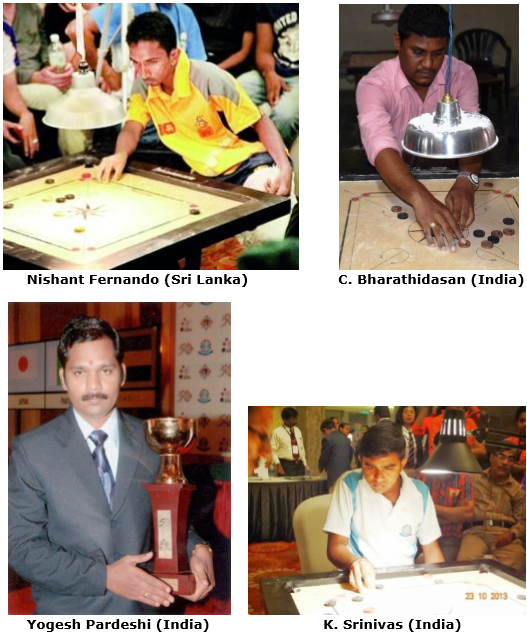 Note − A. Maria Irudayam from men’s category and N. Nirmala from women’s category have been equally popular internationally. Both of them were national champs of India and lifted the trophy nine and six times respectively.