Carolina Herrera was recognized for her own sense of style and for dressing several first ladies, including Michelle Obama, Jacqueline Onassis, and Laura Bush. 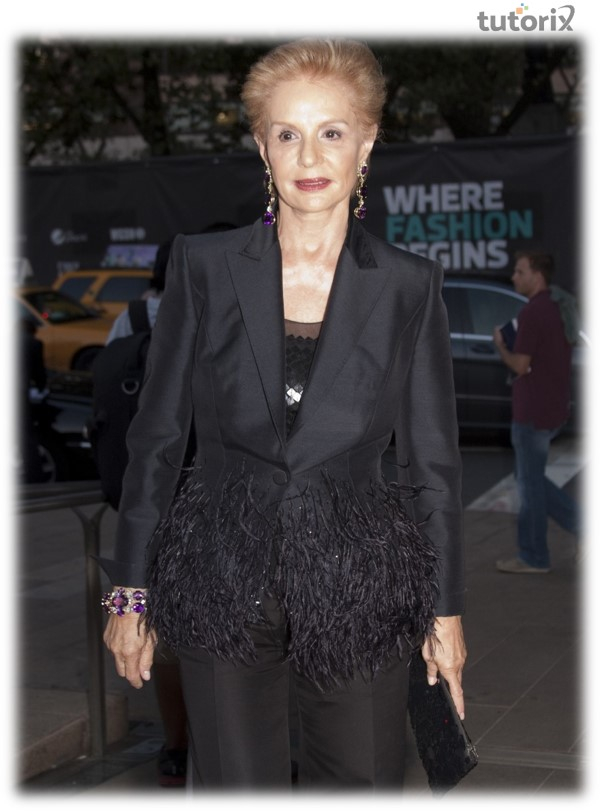 The daughter of former Caracas governor and air force officer Guillermo Pacanins Acevedo and Mara Cristina Nio Passios, Mara Carolina Josefina Pacanins y Nio was born in Caracas, Venezuela, on January 8, 1939. Her affluent grandmother took young Carolina to Balenciaga runway shows and bought her clothes at Lanvin and Dior, introducing her to the world of fashion. My sight was trained to see lovely things; the woman has claimed.

Since Emilio Pucci was a Florentine Marquis and a close family friend, Herrera started her career in public relations for him in 1965. In 1980, she traveled to New York and started working at the Pucci store in Caracas. At Studio 54, where she frequently hung out with Mick and Bianca Jagger and Andy Warhol, she developed a reputation for her dramatic manner. The International Best-Dressed List initially recognized her in 1972, and in 1980 she was inducted into its Hall of Fame. Carolina's friend Diana Vreeland, who was the Editor-in-Chief of Vogue at the time, proposed that Carolina start her own clothing brand in 1981. She achieved this by having Caracas produce samples for her, and she unveiled her line at Manhattan's Metropolitan Club to rave reviews. One renowned Park Avenue store, Martha's, consented to display her items in their eye-catching windows. She went back to Caracas after this initial accomplishment and raised money to pay for a more official debut. In 1980, Iman, a future supermodel, appeared in her debut runway show. Carolina Herrera debuts her ready-to-wear line twice a year in New York City at Mercedes-Benz Fashion Week.

The name Carolina Herrera was licensed by the Spanish fragrance manufacturer Puig in the late 1980s in order to create and market a line of perfumes. Carolina Herrera's fashion house was acquired by the company in 1995, and she continued in that role as Creative Director. As of 2012, there were 18 Carolina Herrera and CH Carolina Herrera shops worldwide, and her products were carried in 280 locations in 104 different countries. In 2008, they established a ready-to-wear brand named CH Carolina Herrera. As of 2011, her daughters, Patricia Lansing and Carolina Lansing Jr., took part in the design and creative direction. According to a WWD study from February 2016, the fragrance segment of the company had more than 25,000 points of sale worldwide, while the CH brand had 129 freestanding storefronts. 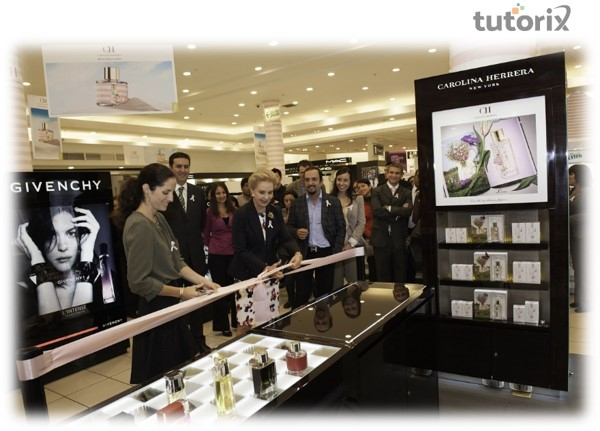 Two models, Elisabeth Erm and Joséphine Le Tutor, appeared in the brand's first advertisement, which was published in 2015. Her biggest fragrance launch in 14 years, Herrera's new women's fragrance was set to go on sale in September when it was first revealed in July 2016. Karlie Kloss is the face of the fragrance, which is dubbed "Good Girl." Wes Gordon took over as creative director of Herrera's brand in 2018 after she debuted her final collection.

In addition to being named "Womenswear Designer of the Year" in 2004, Herrera received the Geoffrey Beene Lifetime Achievement Award from the Council of Fashion Designers of America in 2008. Herrera has received the Award of Excellence from the International Center in New York as well as King Juan Carlos I of Spain's Gold Medal for Merit in the Fine Arts, both of which were given to her in 2002. She received the Queen Sofia Spanish Institute Gold Medal in 1997. She won the "Mercedes-Benz Presents" title for her 2011 collection, the Fashion Group International Superstar Award, and the 2012 Style Awards Designer of the Year. She has appeared seven times on the cover of Vogue.

She has served on the board of the CFDA since 1999, and she has been a member of the jewelry designer Mimi So since 2004.

She was presented with the American Academy of Achievement's Golden Plate Award in 2005 while attending the International Achievement Summit in New York City.

She was given the 2014 Couture Council Award for Fashion Artistry.

In 1957, Herrera married Guillermo Behrens Tello, a landowner from Venezuela, when she was 18 years old. They had two daughters before getting married and divorcing in 1964.

She married Reinaldo Herrera Guevara in Caracas, Venezuela, in 1968. The 5th Marquis of Torre Casa was the 5th Marquis when his father passed away in 1962. Reinaldo was the older son of Don Reinaldo Herrera Uslar, the 4th Marquis of Torre Casa, a well-known sugarcane plantation owner, aristocrat, and art collector in Venezuela. He also served as the anchor of Buenos Das, a morning news program on Venezuelan television. Due to the fact that Reinaldo had not had a son, Carolina thus acquired the title of Marquise consort of Torre Casa by marriage, which she retained until 1992. She is married to Vanity Fair magazine's special projects editor.

Herrera attained US citizenship through naturalization in 2009.

Carolina Herrera, a fashion designer, was raised in Venezuela. In 2009, she became a citizen of the United States and established her fashion company there. Herrera had success in women's and men's fashion, fragrances, and other fields despite having no professional training prior to her debut runway presentation in 1981. At this time, her business sells billions of dollars and has stores all over the world.