In bull riding, there are not many disqualification rules. Rules are set around the game procedure as well as scorings. Different organizations follow different set of rules and different event organizing methods. Even the minimum ride time differs from one organization to another. 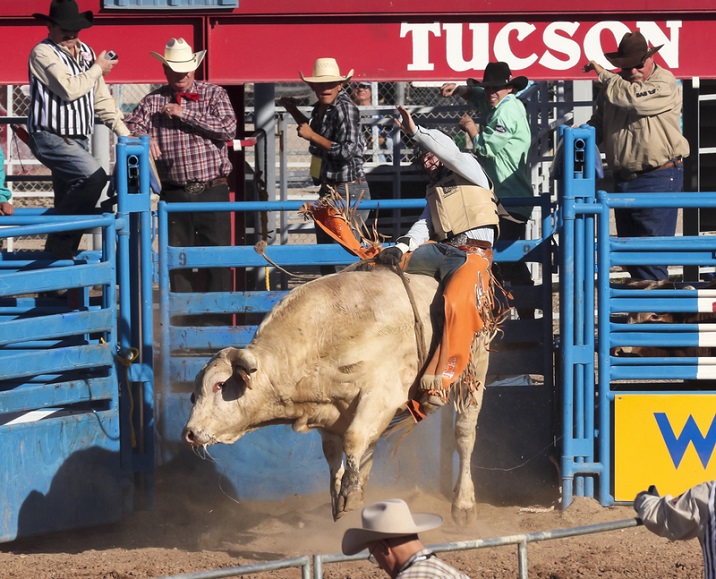 Many of the bull riding competitions involve multiple rounds and spans over two to three nights. A rider is allowed to ride only one bull in one night. The total points at the end of the event are recorded. Mostly after two rounds, based on the total points scored by the riders for the first two days, top 20 players are selected.

Among those top 20 players, another round of competition is organized among them. The final round is called Short Go at the end of which the highest scorer wins the competition.

The rider uses spurs to encourage the bull to perform more actions. Modern rodeo rules are very strict about the usage of the spurs. These spurs used in competitions can neither have a fixed rowel nor can they be sharpened. PBR only allows the usage of two types of spurs to ensure the safety of the animal.

If a rider scores low because of the bull’s low performance, he can appeal for a re-ride. The judges allow a free re-ride to the rider only if they feel that the bull didn’t give its best or underperformed as compared to other bulls of the event. The judges signal the re-ride by throwing a red flag into the arena.

By taking up the re-ride option, the rider has to give up the scores received and wait till other riders finish off their ride and then he rides again. Sometimes the plan backfires when the rider receives low in the first ride, but receives zero or lower score in the second ride. A rider is also given a re-ride if the bull either stumbles or runs off to the gate.