Biathlon is one of the most challenging winter games which gives thrilling experience in chilled winter. This winter sport is a mixture of cross-country skiing and rifle shooting. Biathlon is difficult to play because here the athletes participating in a cross country skiing race are distracted by frequent stops to shoot at sequence of targets. Biathlon is a combination of five events − individual, sprint, pursuit, relay, and mass start. 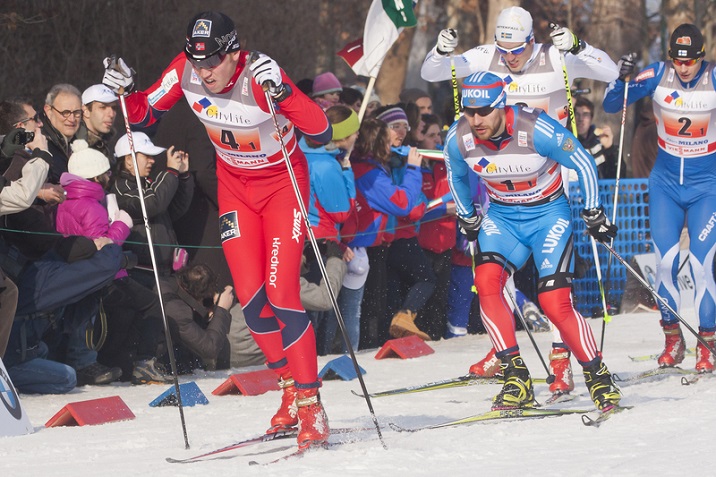 In this game, the athletes compete in cross country skiing and shoot series of targets from a distance. The athletes need to be fast, focussed, and have more stamina. Every time the target is missed the biathlete either gets an additional time or distance penalty. It is important that the skier is fast enough to maintain the competition but should be slow enough to maintain control. In this game the athletes carry a rifle and shoot the target from the distance of 50m.

A Little History of Biathlon

Biathlon has its roots in Norway where the people used it as training for the military. One of the World’s first ever known ski club was formed in Norway in 1861. In 1924 the combination of skiing and shooting made its way to the Winter Olympics. It was then demonstrated in 1928, 1936 and 1948 but failed to regain Olympic competition back then.

In mid 1950s biathlon was introduced into the Soviet and Swedish winter sport circuits and was enjoyed by the mass. The first Biathlon World Championship was held in 1958 in Austria. Finally it was in 1960 Biathlon was included in the Olympics. Women were first allowed in Olympic Biathlon at Albertville in 1992.

Biathlon is highly dominated by northern Europeans, especially by athletes from Russia, Finland, Germany and Norway. The only non-European to hold an Olympic Biathlon title is Canadian Myriam Bedard.

Biathlon at the 22nd Olympic winter games was held in Russia. A mixed relay event was staged in 2011 for the first time. Norway holds six medals for Biathlon.