When you look at any reference on Behavior Driven Development, you will find the usage of phrases such as “BDD is derived from TDD”, “BDD and TDD”. To know how BDD came into existence, why it is said to be derived from TDD and what is BDD and TDD, you have to have an understanding of TDD.

To start, let us get into the fundamentals of testing. The purpose of testing is to ensure that the system that is built is working as expected. Consider the following example.

Hence, by experience we have learnt that uncovering a defect as and when it is introduced and fixing it immediately would be cost effective. Therefore, there is a necessity of writing test cases at every stage of development and testing. This is what our traditional testing practices have taught us, which is often termed as Test-early. 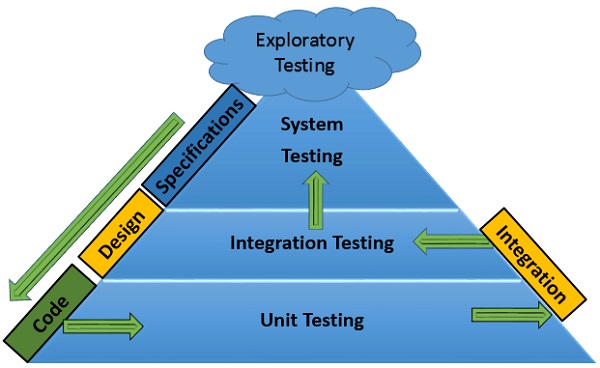 This testing approach is termed as the Test-Last approach as testing is done after the completion of a stage.

The Test-Last approach was followed for quite some time in the software development projects. However, in reality, with this approach, as testing has to wait till the particular stage is completed, often it is overlooked because of −

Further, in the Test-Last approach, Unit testing, that is supposed to be done by the developers is often skipped. The various reasons found are based on the mind-set of the developers −

These factors called for a shift in paradigm, to focus on testing. The result was the Test-First approach.

The Test-First approach replaces the inside-out (write code and then test) to outside-in (write test and then code) way of development.

The fundamental point to note that the goal is development based on testing.

Test Driven Development is used to develop the code guided by Unit tests.

Step 1 − Consider a code module that is to be written.

The test fails, as the code is still not written. Hence, Step 2 is usually referred to as write a test to fail.

Step 5 − Run all the tests to ensure that they all still pass. Unit tests are automated to facilitate this step.

Each cycle should be very short, and a typical hour should contain many cycles. 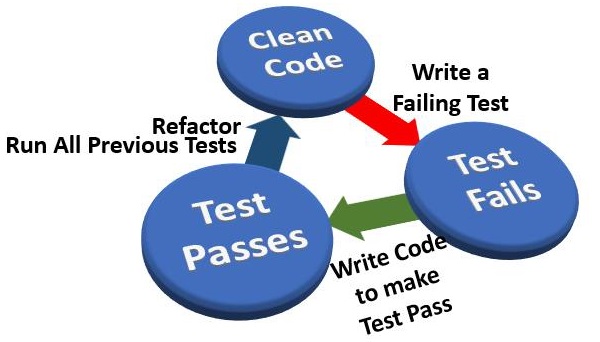 This is also popularly known as the Red-Green-Refactor cycle, where −

The steps of a TDD process are illustrated below. 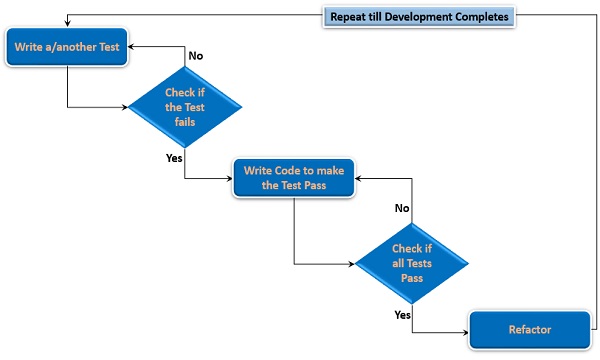 The benefits or advantages of Test Driven Development are −

The starting point is User Stories, describing the behavior of the system. Hence, the developers often face the following questions −

The following misconceptions exist in the industry and need clarifications.

Acceptance Test Driven Development (ATDD) defines Acceptance Criteria and Acceptance Tests during the creation of User Stories, early in development. ATDD focuses on the communication and common understanding among the customers, developers and the testers.

The Key practices in ATDD are as follows −

The benefits of using ATDD are as follows − 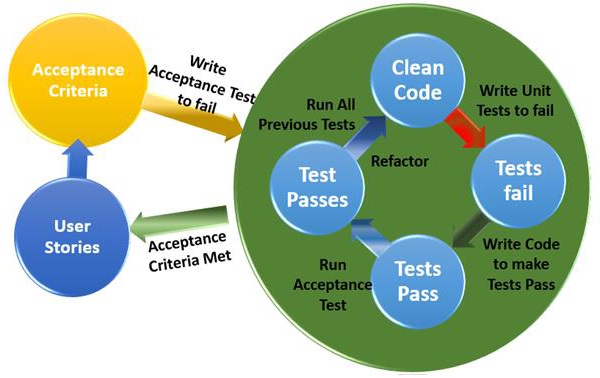 The solution to all these problems is Behavior Driven Development. It has evolved out of the established agile practices and is designed to make them more accessible and effective for teams, new to agile software delivery. Over time, BDD has grown to encompass the wider picture of agile analysis and automated acceptance testing.

The main difference between TDD and BDD is that −