This chapter explains the environment related to Batch Script.

Typically, to create a batch file, notepad is used. This is the simplest tool for creation of batch files. Next is the execution environment for the batch scripts. On Windows systems, this is done via the command prompt or cmd.exe. All batch files are run in this environment.

Following are the different ways to launch cmd.exe −

Method 1 − Go to C:\Windows\System32 and double click on the cmd file.

Method 2 − Via the run command – The following snapshot shows to find the command prompt(cmd.exe) on Windows server 2012. 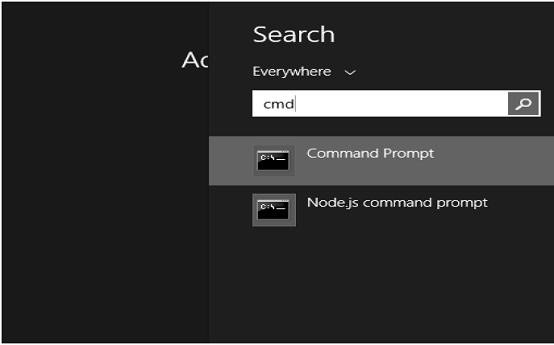 Once the cmd.exe is launched, you will be presented with the following screen. This will be your environment for executing your batch scripts.