BabelJS - Working with Babel and JSX

In this chapter, we will understand working with JSX and babel. Before we get into the details, let us understand what JSX is.

JSX is a JavaScript code with a combination of xml syntax in it. JSX tag has tag name, attributes and children which make it look like xml.

React uses JSX for templating instead of regular JavaScript. It is not necessary to use it, however, following are some pros that come with it.

We have used babel 6 in the project setup. In case you want to switch to babel 7, install the required packages of babel using @babel/babel-package-name.

We will create project setup and use webpack to compile jsx with react to normal JavaScript using Babel.

To start the project setup, run the commands given below for babel, react and webpack installation. 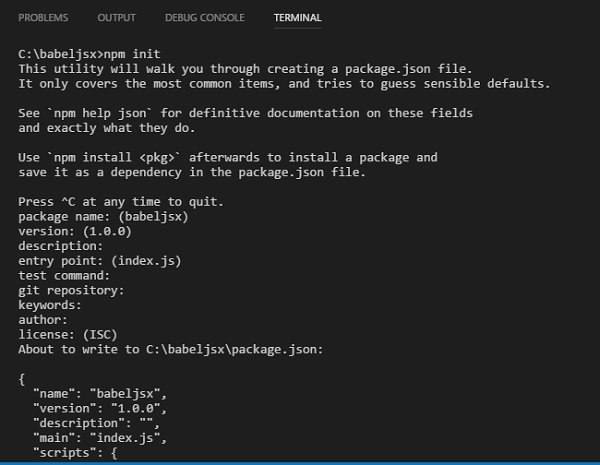 Now, we will install the necessary packages we need to work with – babel ,webpack and jsx −

Here is the package.json after installation − 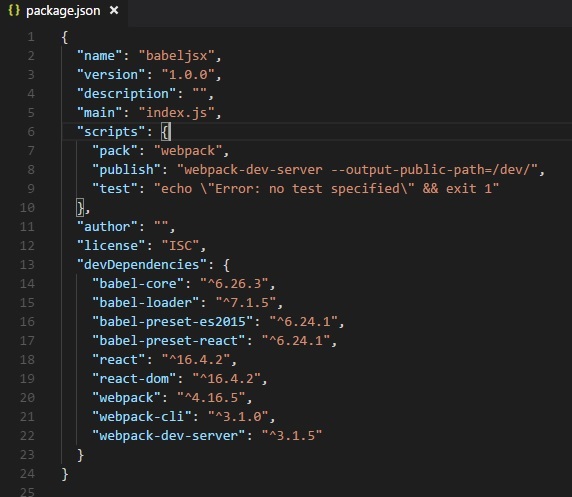 Now will create a webpack.config.js file, which will have all the details to bundle the js files and compile it into es5 using babel.

To run webpack using server, there is something called webpack-server. We have added command called publish; this command will start the webpack-dev-server and will update the path where the final files are stored. Right now the path that we are going to use to update the final files is the /dev folder.

To use webpack we need to run the following command −

We will create the webpack.config.js files, which have the configuration details for webpack to work.

The details in the file are as follows −

The structure of the file is as shown above. It starts with the path, which gives the current path details.

Next is the module.exports object, which has properties entry, output and module.

Entry is the start point. Here we need to give the main js files we want to compile.

path.resolve(_dirname, ‘src/main.js’) -- will look for the src folder in the directory and main.js in that folder.

Output is an object with path and filename details. Path will hold the folder in which the compiled file will be kept and filename will tell the name of the final file to be used in your .html file.

Create folder src/. Add main.js and App.jsx in it.

Run the following command to bundle the .js file and convert it using presets es2015 and react. 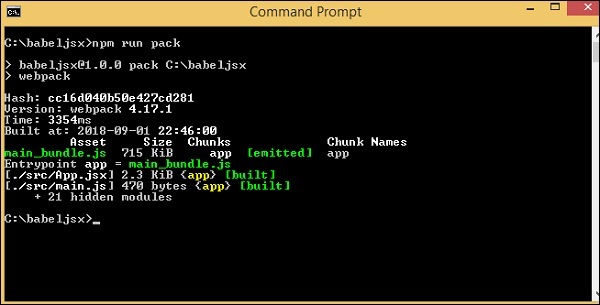 Add main_bundle.js from the dev folder to index.html − 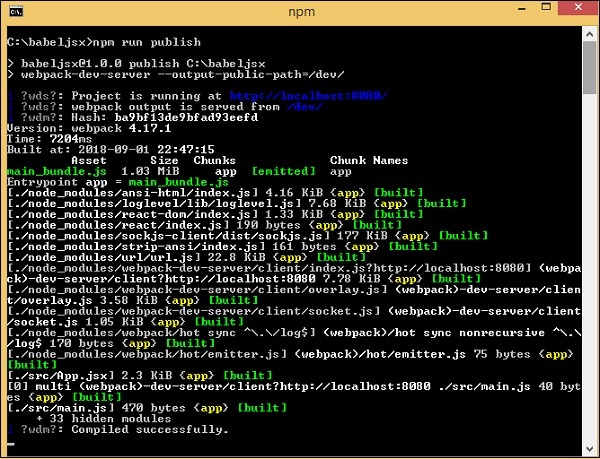 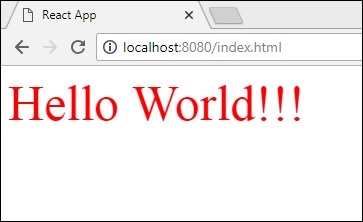