“Do it today, tomorrow may be too late” is the mantra of today’s corporate world to win the race against time, and multiplies their chances to win more new opportunities. There is immense pressure on the project team to complete the work on and before the D-Day, and then launch the highest quality product to the market before the competitors can do that. Therefore, the biggest challenge for the team is to complete the work in a short span of time without compromising the quality of the product. This cannot be achieved only by doing the work manually or in a traditional way. That is the reason why automation testing is the need of the hour. 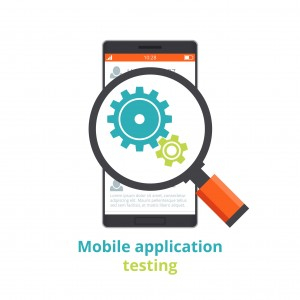 A recent study reports from a renowned consumer practices observations committee mentions that more and more people prefer to use their Smartphone for all their day to day activities rather than Laptop or Desktop, be it purchasing their daily needs, booking tickets, watching movies, listening songs etc., and to suffice their needs and demands of mobile applications are keep on increasing.

Another study revealed that when user gets regular issues in the installed mobile application, then they do not hesitate to replace that with an alternative one. So, it is essential to release a well tested and well-built application for sustaining the user base.

We are living in a Agile world, where we do not have the liberty to build and test the application for a longer duration. It is necessary to release a working feature or product frequently to the market to compete and sustain the required user base. Thus, we need to develop and test the application in a short span of 3 to 4 weeks. So, to maintain the required pace with quality and accuracy, it is time to automate the mobile automation testing.

What is the Benefit of Mobile Automation testing?

As we know that mobile automation testing is the answer to today’s fast paced world. But what are the actual benefits we can reap from it? Let’s discuss some of those here.

As compared to manual testing, we can execute more and more test cases, scenarios using any good mobile automation tools which cannot be possible simply by doing manual testing. By writing few scripts our automated test can execute various types of test cases with different combinations of test scenarios on multiple devices and operating systems.

As we discussed earlier, the actual user will not hesitate to drop your applications from his mobile device when he encounters bugs frequently, there are many alternative applications available in the market to replace yours. And when people write poor and nasty comments on social media, your company’s reputation impacts badly.

Any good test automation tool can save you from this situation. Using the tool, you can increase the test coverage with different combinations of test scenarios, thus more and more bugs can be caught at testing stages and minimize the defect leakage ratio. At the end of the day, you will be able to minimize the chances of defects slips to the hand of your customer as well the actual user.

Contrary to the manual testing where you can test the application only with one device in your hand at a time, automation testing provides you the freedom to test your application on as many devices simultaneously with quality and accuracy.

You can execute the same set of test cases on multiple devices simultaneously to save your time and cost.

Regression testing is a continuous process of testing every untouched functions whenever we done any changes to the codes of the mobile application to fix the defects. Thus it takes a lot of time of the tester to run the regression testing repeatedly, every time the developers fix a defect.

That’s where the mobile application automation testing helps the tester to execute the regression test cases in less time and ensures the stability of the application. The repetitive and tedious task becomes easy by executing the required scripts using the automation tool.

Human errors tend to happen when they are manually testing the applications under different circumstances, which may compromise the quality of the application at times.

Automating the mobile application testing reduces those human errors and provides high level of accuracy. As all the test steps are in the script so each time we run the script the predefined steps are executed, so we get the accurate result each time, unless we manually change the scripts for other scenarios.

The basic set of test scripts can be reusable while testing other modules or similar projects. We can also use most of the scripts by simple modification here and there, which saves a lot of time which is generally required while starting the work from the scratch.

As we can coverage more test cases and scenarios in a shorter time period by performing mobile automation testing, the rate of finding the bugs become faster. And thus we get quicker response time to fix the issues and can release the application in the market sooner.

Using some of the mobile automation tools, you can integrate important applications such as JIRA, Jenkins and other such platforms to automate all the testing activities.By integrating those major platforms you can automate everything from developing the application, testing accurately and finally deploying the working software to the market. 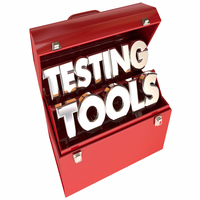 As the demand for mobile applications is increasing, more and more applications are releasing every day to the market. And companies around the world are trying hard to launch their respective products faster than their competitor can do.

That has put enormous pressure on the development team to get the work done in a short span of time.

There are many automation tools available in the market to test the Android and IOS application, such as Appium, Calabash, Monkey Talk and many more. So choose the best tool and automate your testing.