The MVC (Model-View-Controller) design pattern has actually been around for a few decades, and it's been used across many different technologies. Everything from Smalltalk to C++ to Java, and now C Sharp and .NET use this design pattern to build a user interface.

Following are some salient features of the MVC pattern −

The MVC architectural pattern separates the user interface (UI) of an application into three main parts. 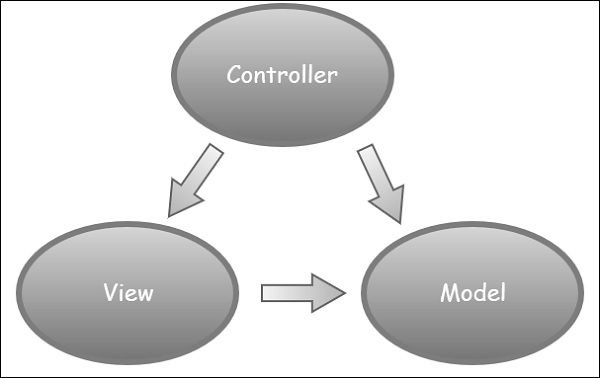 The idea is that you'll have a component called the view, which is solely responsible for rendering this user interface whether that be HTML or whether it actually be UI widgets on a desktop application.

The view talks to a model, and that model contains all of the data that the view needs to display. Views generally don't have much logic inside of them at all.

In a web application, the view might not have any code associated with it at all. It might just have HTML and then some expressions of where to take pieces of data from the model and plug them into the correct places inside the HTML template that you've built in the view.

The controller that organizes is everything. When an HTTP request arrives for an MVC application, that request gets routed to a controller, and then it's up to the controller to talk to either the database, the file system, or the model.