In this chapter, we will discuss exceptions and error handling. When errors occur in your ASP.NET Core app, you can handle them in a variety of ways. Let us see an additional piece of middleware that is available through the diagnostics package. This piece of middleware will help us process errors.

To simulate an error, let us go to app.Run and see how the application behaves if we just throw an exception every time we hit this piece of middleware.

It will just throw an exception with a very generic message. Save Startup.cs page and run your application. 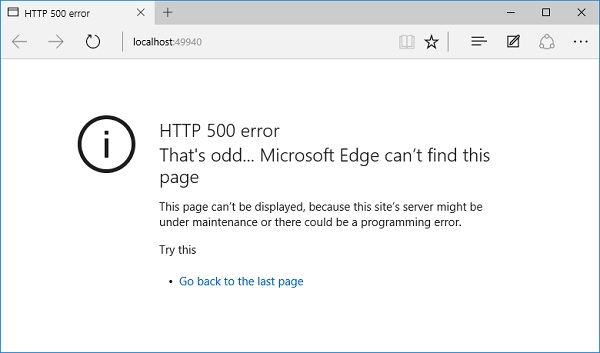 You will see that we failed to load this resource. There was a HTTP 500 error, an internal server error, and that is not very helpful. It might be nice to get some exception information.

Let us add another piece of middleware, which is the UseDeveloperExceptionPage.

Let us now run the application again. It will produce an output as shown in the following screenshot. 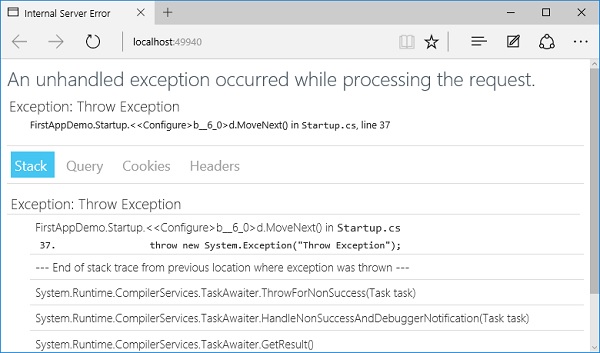 Now you will see some information that you would expect if there was an error in development. You will also get a stack trace and you can see that there was an unhandled exception thrown on line 37 of Startup.cs.