In this chapter, you will learn in detail about the concepts reinforcement learning in AI with Python.

This type of learning is used to reinforce or strengthen the network based on critic information. That is, a network being trained under reinforcement learning, receives some feedback from the environment. However, the feedback is evaluative and not instructive as in the case of supervised learning. Based on this feedback, the network performs the adjustments of the weights to obtain better critic information in future.

This learning process is similar to supervised learning but we might have very less information. The following figure gives the block diagram of reinforcement learning −

Environment and Agent are main building blocks of reinforcement learning in AI. This section discusses them in detail −

Some programs operate in an entirely artificial environment confined to keyboard input, database, computer file systems and character output on a screen.

In contrast, some software agents, such as software robots or softbots, exist in rich and unlimited softbot domains. The simulator has a very detailed, and complex environment. The software agent needs to choose from a long array of actions in real time.

For example, a softbot designed to scan the online preferences of the customer and display interesting items to the customer works in the real as well as an artificial environment.

The environment has multifold properties as discussed below −

Constructing an Environment with Python

For building reinforcement learning agent, we will be using the OpenAI Gym package which can be installed with the help of the following command −

There are various environments in OpenAI gym which can be used for various purposes. Few of them are Cartpole-v0, Hopper-v1, and MsPacman-v0. They require different engines. The detail documentation of OpenAI Gym can be found on https://gym.openai.com/docs/#environments. 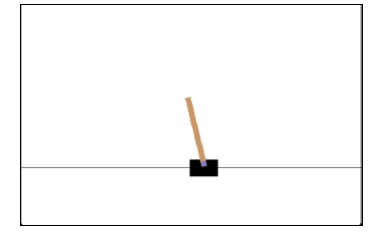 You can construct other environments in a similar way.

Constructing a learning agent with Python

For building reinforcement learning agent, we will be using the OpenAI Gym package as shown − 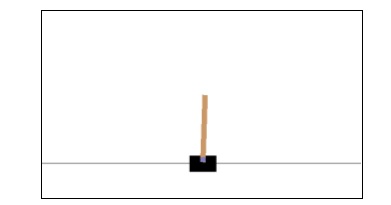 Observe that the cartpole can balance itself.