The domain of artificial intelligence is huge in breadth and width. While proceeding, we consider the broadly common and prospering research areas in the domain of AI − 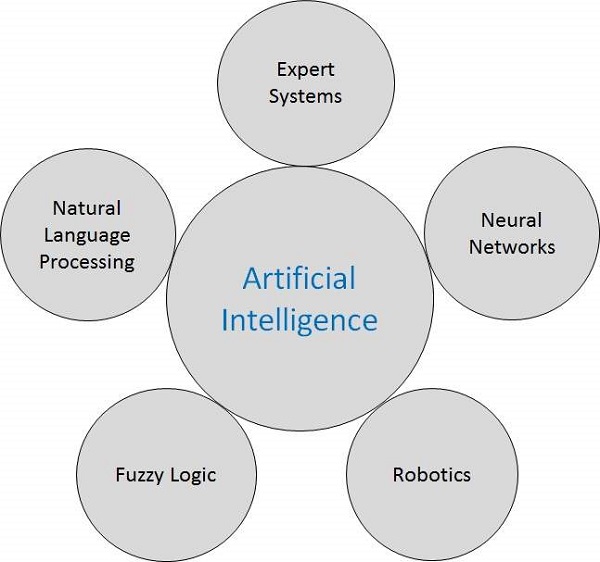 These both terms are common in robotics, expert systems and natural language processing. Though these terms are used interchangeably, their objectives are different.

The user input spoken at a microphone goes to sound card of the system. The converter turns the analog signal into equivalent digital signal for the speech processing. The database is used to compare the sound patterns to recognize the words. Finally, a reverse feedback is given to the database.

This source-language text becomes input to the Translation Engine, which converts it to the target language text. They are supported with interactive GUI, large database of vocabulary, etc.

The domain of AI is classified into Formal tasks, Mundane tasks, and Expert tasks. 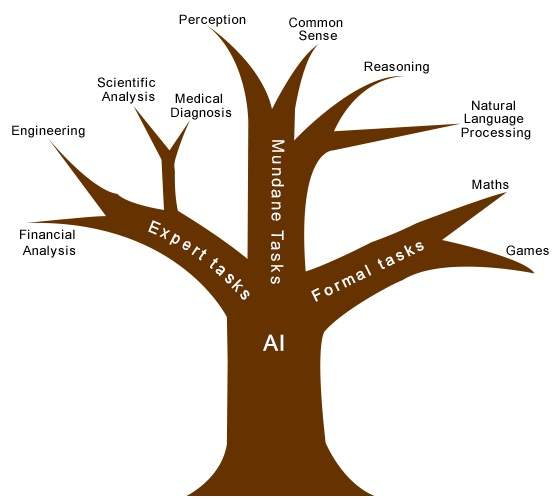 Humans learn mundane (ordinary) tasks since their birth. They learn by perception, speaking, using language, and locomotives. They learn Formal Tasks and Expert Tasks later, in that order.

Later, it turned out that the machine requires more knowledge, complex knowledge representation, and complicated algorithms for handling mundane tasks. This is the reason why AI work is more prospering in the Expert Tasks domain now, as the expert task domain needs expert knowledge without common sense, which can be easier to represent and handle.