What are Artificial Neural Networks (ANNs)?

The inventor of the first neurocomputer, Dr. Robert Hecht-Nielsen, defines a neural network as −

"...a computing system made up of a number of simple, highly interconnected processing elements, which process information by their dynamic state response to external inputs.”

The idea of ANNs is based on the belief that working of human brain by making the right connections, can be imitated using silicon and wires as living neurons and dendrites.

The human brain is composed of 86 billion nerve cells called neurons. They are connected to other thousand cells by Axons. Stimuli from external environment or inputs from sensory organs are accepted by dendrites. These inputs create electric impulses, which quickly travel through the neural network. A neuron can then send the message to other neuron to handle the issue or does not send it forward. 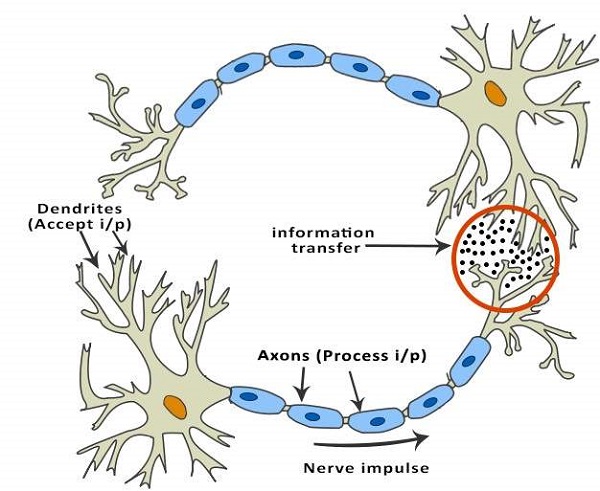 ANNs are composed of multiple nodes, which imitate biological neurons of human brain. The neurons are connected by links and they interact with each other. The nodes can take input data and perform simple operations on the data. The result of these operations is passed to other neurons. The output at each node is called its activation or node value.

Each link is associated with weight. ANNs are capable of learning, which takes place by altering weight values. The following illustration shows a simple ANN − 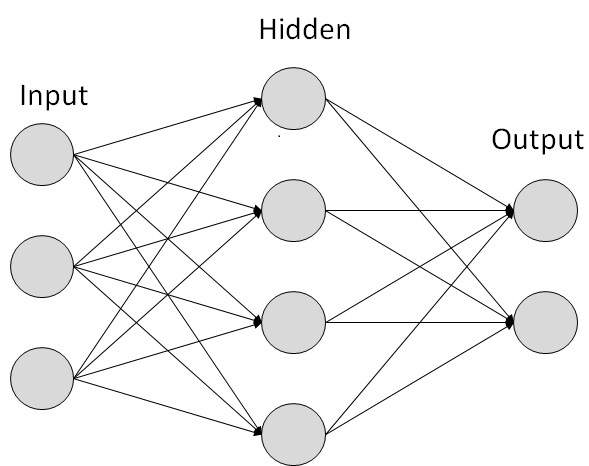 There are two Artificial Neural Network topologies − FeedForward and Feedback.

In this ANN, the information flow is unidirectional. A unit sends information to other unit from which it does not receive any information. There are no feedback loops. They are used in pattern generation/recognition/classification. They have fixed inputs and outputs. 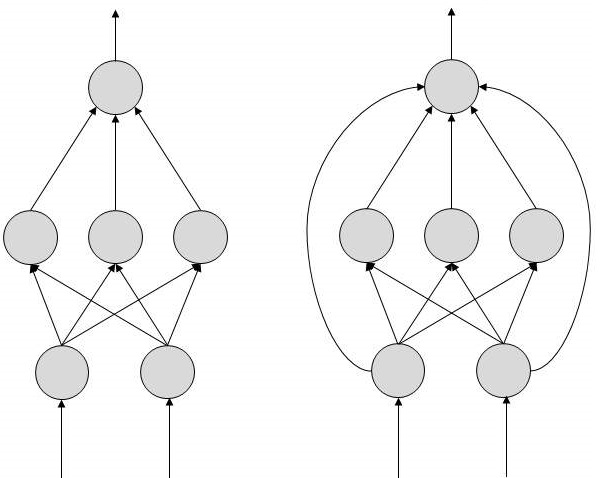 Here, feedback loops are allowed. They are used in content addressable memories. 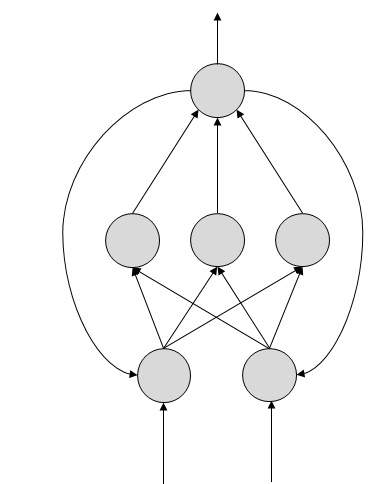 In the topology diagrams shown, each arrow represents a connection between two neurons and indicates the pathway for the flow of information. Each connection has a weight, an integer number that controls the signal between the two neurons.

ANNs are capable of learning and they need to be trained. There are several learning strategies −

It is the training or learning algorithm. It learns by example. If you submit to the algorithm the example of what you want the network to do, it changes the network’s weights so that it can produce desired output for a particular input on finishing the training.

Back Propagation networks are ideal for simple Pattern Recognition and Mapping Tasks.

These are the graphical structures used to represent the probabilistic relationship among a set of random variables. Bayesian networks are also called Belief Networks or Bayes Nets. BNs reason about uncertain domain.

In these networks, each node represents a random variable with specific propositions. For example, in a medical diagnosis domain, the node Cancer represents the proposition that a patient has cancer.

The edges connecting the nodes represent probabilistic dependencies among those random variables. If out of two nodes, one is affecting the other then they must be directly connected in the directions of the effect. The strength of the relationship between variables is quantified by the probability associated with each node.

There is an only constraint on the arcs in a BN that you cannot return to a node simply by following directed arcs. Hence the BNs are called Directed Acyclic Graphs (DAGs).

BNs are capable of handling multivalued variables simultaneously. The BN variables are composed of two dimensions −

Consider a finite set X = {X1, X2, …,Xn} of discrete random variables, where each variable Xi may take values from a finite set, denoted by Val(Xi). If there is a directed link from variable Xi to variable, Xj, then variable Xi will be a parent of variable Xj showing direct dependencies between the variables.

The structure of BN is ideal for combining prior knowledge and observed data. BN can be used to learn the causal relationships and understand various problem domains and to predict future events, even in case of missing data.

Example problem − Lung cancer. A patient has been suffering from breathlessness. He visits the doctor, suspecting he has lung cancer. The doctor knows that barring lung cancer, there are various other possible diseases the patient might have such as tuberculosis and bronchitis.

The knowledge engineer tries to answer the questions −

For now let us consider nodes, with only discrete values. The variable must take on exactly one of these values at a time.

Common types of discrete nodes are −

Possible nodes and values for the lung cancer example −

Topology of the network should capture qualitative relationships between variables.

For example, what causes a patient to have lung cancer? - Pollution and smoking. Then add arcs from node Pollution and node Smoker to node Lung-Cancer.

Similarly if patient has lung cancer, then X-ray result will be positive. Then add arcs from node Lung-Cancer to node X-Ray. 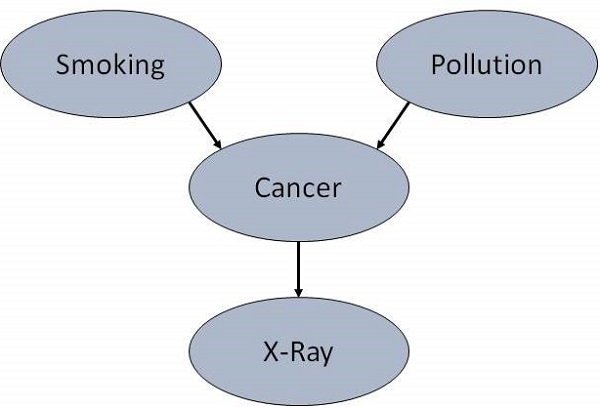 Conventionally, BNs are laid out so that the arcs point from top to bottom. The set of parent nodes of a node X is given by Parents(X).

The Lung-Cancer node has two parents (reasons or causes): Pollution and Smoker, while node Smoker is an ancestor of node X-Ray. Similarly, X-Ray is a child (consequence or effects) of node Lung-Cancer and successor of nodes Smoker and Pollution.

Now quantify the relationships between connected nodes: this is done by specifying a conditional probability distribution for each node. As only discrete variables are considered here, this takes the form of a Conditional Probability Table (CPT).

Each node will have conditional probability associated as follows − 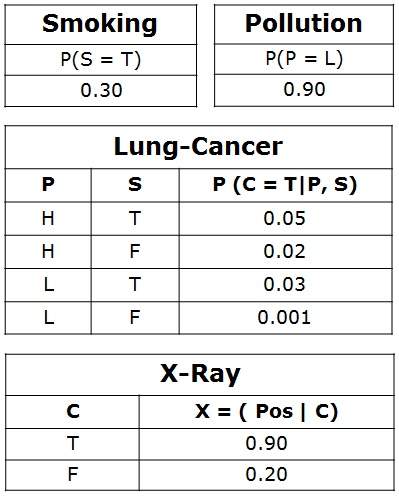