Shared memory is the memory block that can be accessed by more than one program. A shared memory concept is used to provide a way of communication and provide less redundant memory management.

Based on these challenges there are algorithms designed to implement distributed shared memory. There are four algorithms −

All shared data is maintained by the central server. Other nodes of the distributed system request for reading and writing data to the server which serves the request and updates or provides access to the data along with acknowledgment messages.

These acknowledgment messages are used to provide the status of the data request is served by the server. When the data is sent to the calling function, it acknowledges a number that shows the access sequence of the data to maintain concurrency. And time-out is returned in case of failure.

For larger distributed systems, there can be more than one server. In this case, the servers are located using their address or using mapping functions. 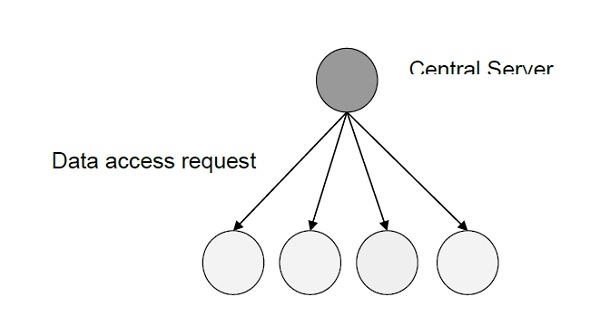 As the name suggest the migration algorithm does the work of migration of data elements. Instead of using a central server serving each request, the block containing the data requested by a system is migrated to it for further access and processing. It migrates the data on request.

This algorithm though is good if when a system accesses the same block of data multiple times and the ability to integrate virtual memory concept, has some shortcomings that are needed to be addressed.

Only one node is able to access the shared data element at a time and the whole block is migrated to that node. Also, this algorithm is more prone to thrashing due to the migration of data items upon request by the node.

In the read replication algorithm, the data block that is to be accessed is replicated and only reading is allowed in all the copies. If a write operation is to be done, then all read access is put on halt till all the copies are updated.

Overall system performance is improved as concurrent access is allowed. But write operation is expensive due to the requirement of updating all blocks that are shared to maintain concurrency. All copies of data element are to be tracked to maintain consistency.

An extension to read the replication algorithm allowing the nodes to perform both read and write operation on the shared block of concurrently. But this access of nodes is controlled to maintain its consistency.

To maintain consistency of data on concurrent access of all nodes sequence is maintained and after every modification that is made in the data a multicast with modifications is reflected all the data copies. 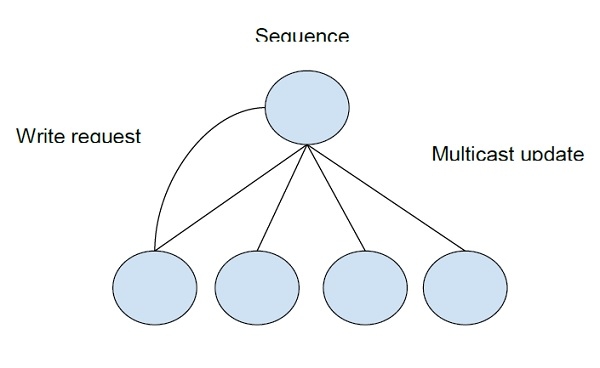