The fort was built on the basis of Italian designs. Besides having sections for ships and fort, the monument also had prisons, barracks, and living quarters. The walls of the fort were surrounded by bastions having parapets to fire cannons. Mae de Agua or Mother of Water is a spring that exists even today. The fort is square in shape and has bastions on three sides for using artillery. The fourth side has a gate that faces steep towards the river.

The lighthouse of the fort is of four storey and was used to emit light through lamps after every seven minutes. Before the construction of this lighthouse, bonfires were used to guide the ships to the harbours. The bonfires were lit on the Hill of Pilots. This lighthouse was abandoned in 1976 and a new lighthouse was constructed. Tourists can climb up the new light house by giving a small amount and can view the surroundings from top. 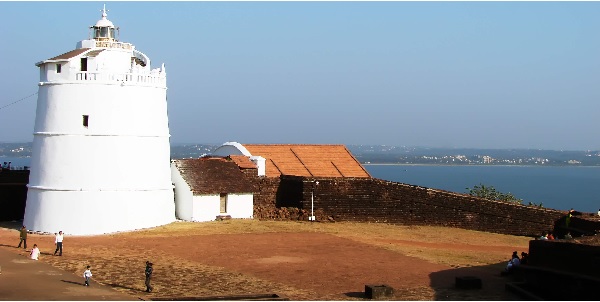 A part of the fort has now been converted into one of the largest jail in Goa. Due to its frequent use, the jail is not opened for public. Salazar administration converted the fort into jail. During the freedom struggle of Goa from Portuguese, many protesters were imprisoned in 1946. 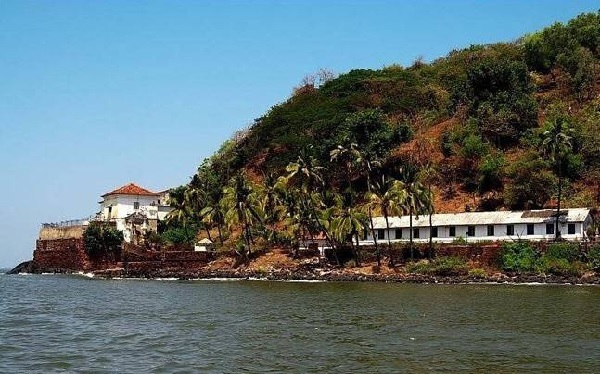