Cache is a type of memory that is used to increase the speed of data access. Normally, the data required for any process resides in the main memory. However, it is transferred to the cache memory temporarily if it is used frequently enough. The process of storing and accessing data from a cache is known as caching. 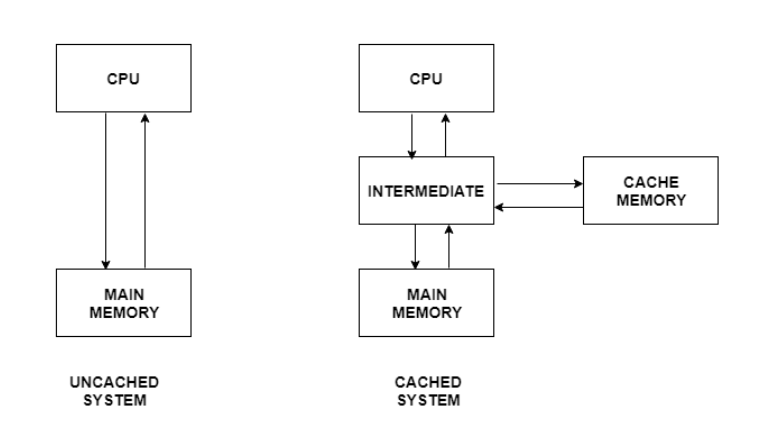 Some important points to explain the above figureare −

Some of the advantages of cache memory are as follows −

Some of the disadvantages of cache memory are as follows −