What are literals in Java?

A literal is a source code representation of a fixed value. They are represented directly in the code without any computation.

Literals can be assigned to any primitive type variable. 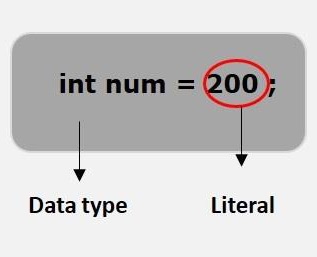 byte, int, long, and short can be expressed in decimal(base 10), hexadecimal(base 16) or octal(base 8) number systems as well.

Prefix 0 is used to indicate octal, and prefix 0x indicates hexadecimal when using these number systems for literals. For example −

String literals in Java are specified like they are in most other languages by enclosing a sequence of characters between a pair of double quotes. Examples of string literals are −

String and char types of literals can contain any Unicode characters. For example −