VSATs (Very Small Aperture Terminals) is a two way, lost cost, ground micro station for transmitting data to and from communication satellites. A VSAT has a dish antenna with diameters between 75 cm to 1 m, which is very small in comparison with 10 m diameter of a standard GEO antenna. It accesses satellites in geosynchronous orbits or geostationary orbits. Data rates in VSATs ranges from 4 Kbps to 16 Mbps. 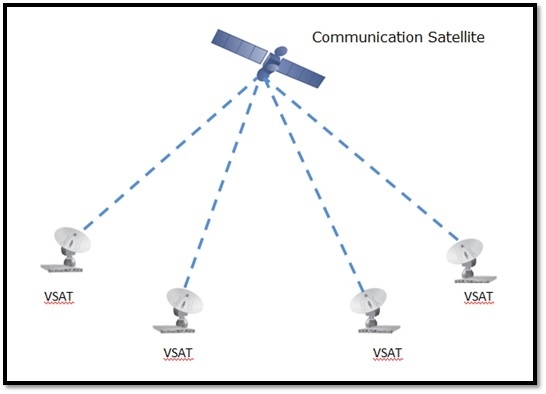