Spatial data is associated with geographic locations such as cities,towns etc. A spatial database is optimized to store and query data representing objects. These are the objects which are defined in a geometric space.

A spatial database system has the following characteristics

A road map is a visualization of geographic information. A road map is a 2-dimensional object which contains points, lines, and polygons that can represent cities, roads, and political boundaries such as states or provinces.

In general, spatial data can be of two types − 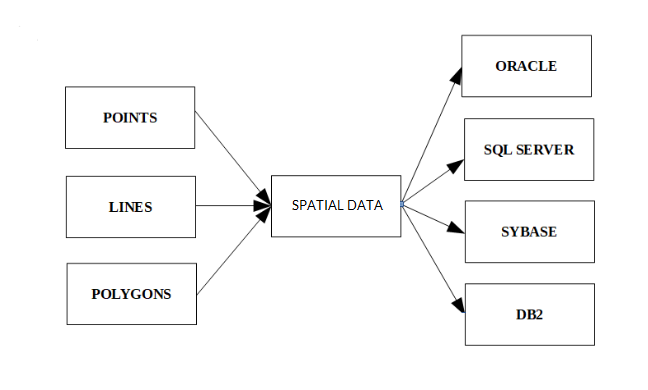 The spatial data in the form of points, lines, polygons etc. is used by many different databases as shown above.