ER model is used to represent real life scenarios as entities. The properties of these entities are their attributes in the ER diagram and their connections are shown in the form of relationships.

An ER model is generally considered as a top down approach in data designing.

An example of ER model is − 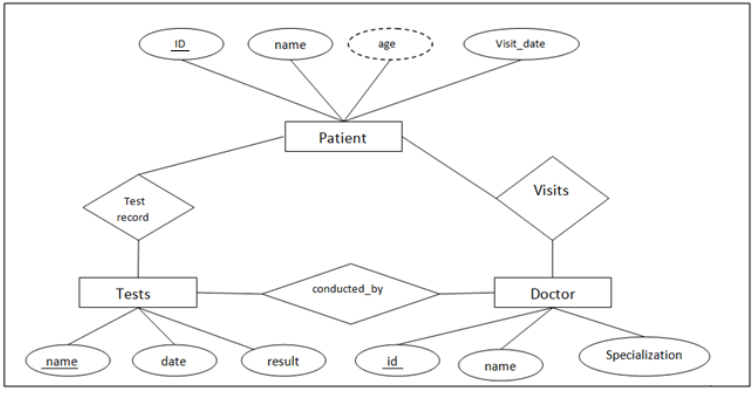 Object oriented data model is based on using real life scenarios. In this model, the scenarios are represented as objects. The objects with similar functionalities are grouped together and linked to different other objects.

An Example of the Object Oriented data model is −