A WCF service developer may encounter some unforeseen errors which require reporting to the client in a suitable manner. Such errors, known as exceptions, are normally handled by using try/catch blocks, but again, this is very technology specific.

Since a client's concern area is not about how an error occurred or the factors contributing to an error, SOAP Fault contract is used to communicate the error message from the service to the client in WCF.

A Fault contract enables the client to have a documented view of the errors occurred in a service. The following example gives a better understanding.

Step 1 − An easy calculator service is created with divide operation which will generate general exceptions.

The coding for the class file is show below −

Now, when we try to divide the number 10 by zero, the calculator service will throw an exception. 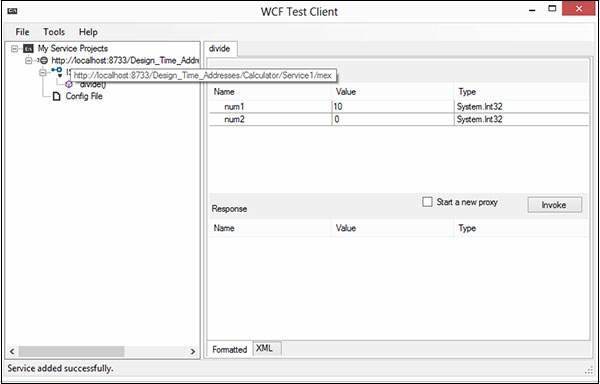 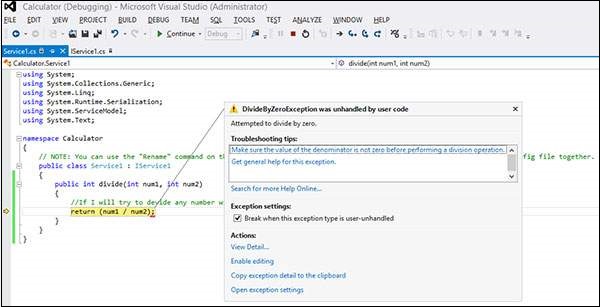 The exception can be handled by try/catch block.

Now, when we try to divide any integer number by 0, it will return the value 10 because we have handled it in the catch block. 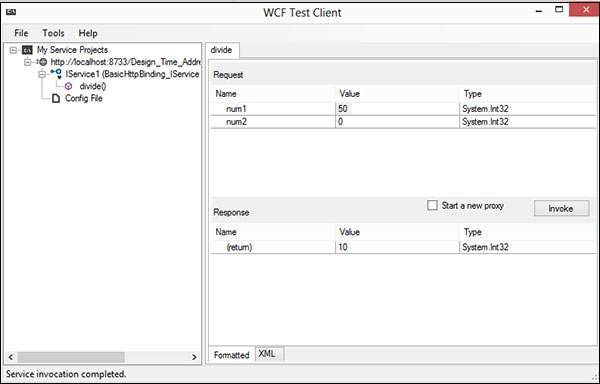 Step 2 − FaultException is used in this step to communicate the exception information to the client from the service. 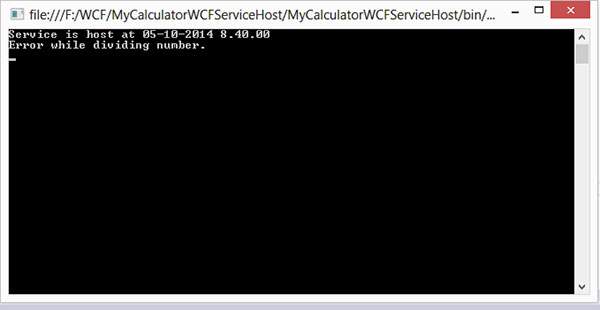 A type is defined by the use of data contract and the fields intended to get returned are specified.

The service operation is decorated by the FaultContract attribute. The type name is also specified.

A service instance is created to raise exceptions and custom exception properties are assigned.