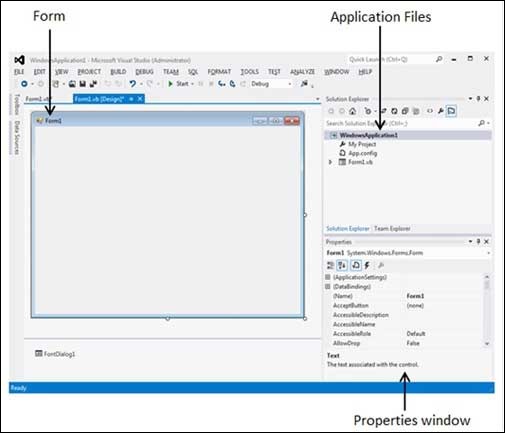 Visual Basic Form is the container for all the controls that make up the user interface. Every window you see in a running visual basic application is a form, thus the terms form and window describe the same entity. Visual Studio creates a default form for you when you create a Windows Forms Application.

Every form will have title bar on which the form's caption is displayed and there will be buttons to close, maximize and minimize the form shown below − 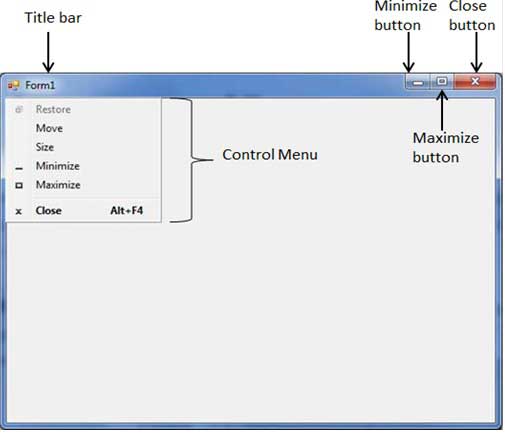 If you click the icon on the top left corner, it opens the control menu, which contains the various commands to control the form like to move control from one place to another place, to maximize or minimize the form or to close the form.

Following table lists down various important properties related to a form. These properties can be set or read during application execution. You can refer to Microsoft documentation for a complete list of properties associated with a Form control −

The following are some of the commonly used methods of the Form class. You can refer to Microsoft documentation for a complete list of methods associated with forms control −

Following table lists down various important events related to a form. You can refer to Microsoft documentation for a complete list of events associated with forms control −

Following is an example, which shows how we create two buttons at the time of form load event and different properties are being set at the same time. 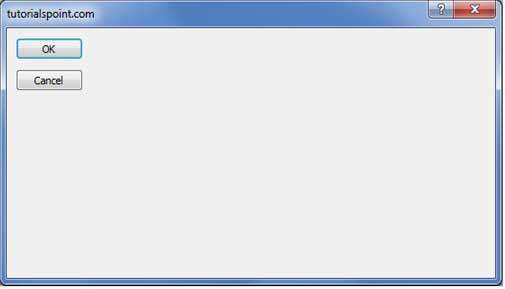