The Complete Python Course including the Django Web Framework

Hands-on course from scratch to learn programming in Python and enhancing it to make Python-based websites with Django look beautiful.

Python is a most popular programming language in the world. Pretty much everybody is using Python these days. Google, Netflix, Facebook, your local web development shop. It makes sense to learn Python because there’s a lot of demand for it. Many organizations from NASA, Google, and Mozilla, to huge websites such as Pinterest, Instagram, Dropbox, and Disqus, use the Python framework for their website designing.

So why should you learn Django? Because there's a huge demand for it and it's incredibly popular, powerful, and secure.

This course starts with introducing you to the basics of the Python language and helping you with setting up the environment necessary to work with Python. Then, you will move ahead with gaining intermediate-level knowledge on Python accompanied by a project to give you a better understanding of things learned so far. After that, you'll gain advanced-level Python concepts like OOP (Object Oriented Programming) and many others.

Following that, you'll learn Django basics, along with setting up its environment. Followed by working on the intermediate-level Django project and finally, making your posts look nice with Tailwind CSS.

By the end of this course, you will be able to write codes in Python and Django to help beautify your websites.

The code files and all related files are uploaded in the GitHub repository at https://github.com/PacktPublishing/The-Complete-Python-Course-including-Django-Web-Framework 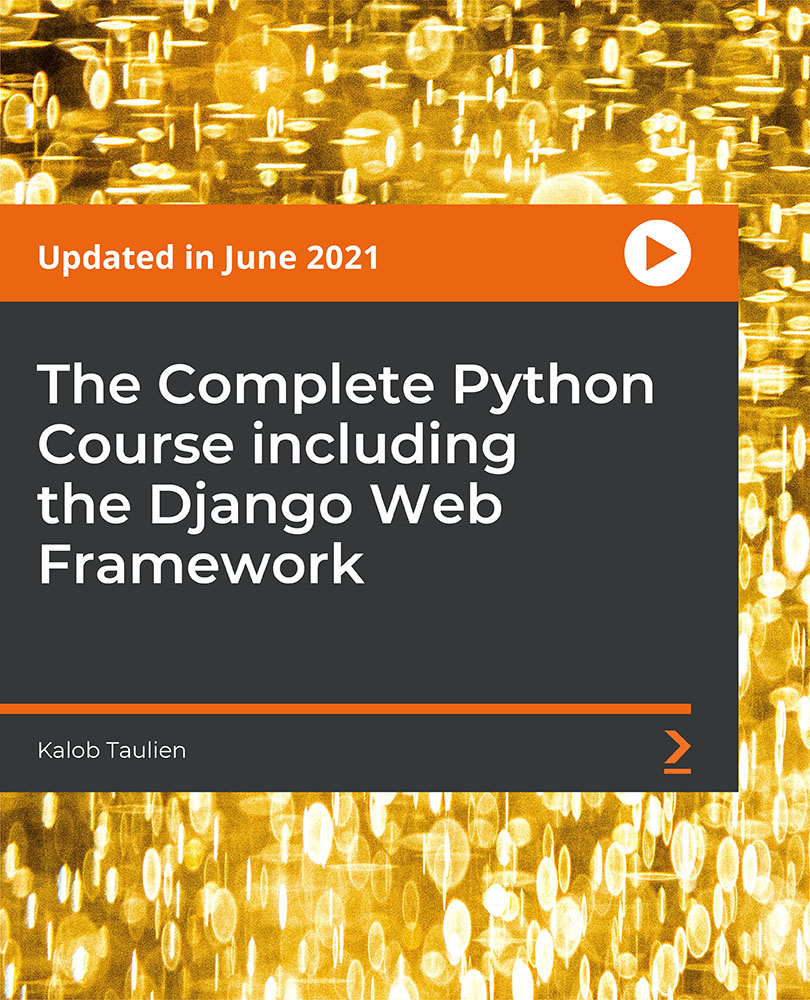