Selenium is software testing framework for web applications . It also provides record and playback feature through its IDE(Selenium IDE) which is available for Mozilla FireFox. The test cases in selenium can be on a number of popular languages like Java, PHP, Python, Perl, Scala & JS . It executes on major of modern browsers(Chrome, Firefox, Safari) to name a few.It is open-source software, released under the Apache 2.0 license: web developers can download and use it without charge.

The Course is designed for software professionals who want to develop and learn the techniques to automate Testing which will help to reduce down the Manual Testing effort.It is not where it limits , this course is for all (Software Developers who want to gain expertise in this phase of SDLC,Manual testers and students who aspire to enter this field). 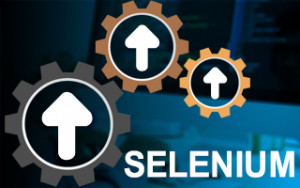