Sambo is a Soviet martial art and combat sport which stands for SAMozashchita Bez Oruzhiya (meaning “self-defence without weapons”). It’s one of the modern form of martial arts and also has been recognized as the third style of international wrestling by United World Wrestling. It is inspired by Jujutsu, Judo, and other forms of martial art and is mostly referred as a self-defence art.

In this sport, two people fight with each other within certain rules and regulations. While playing, the players apply different blows and tricks against each other and based on their tricks, they get points. The player with highest points wins the match. The players can also win the match by successfully attempting different locks or submission tricks on each other and can end the match before time. 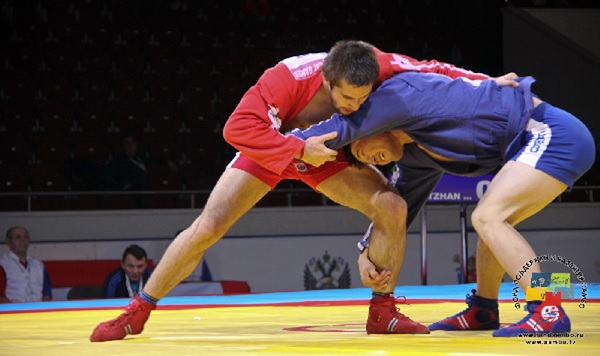 Sambo players go through a rigorous training phase in order to get a hold of this sport. The players must have the ability to strike and grapple in the clinch. While playing, the match demands a lot of aggressiveness. In order to excel in the match, the players need to excel in different kinds of skills.

Players need to be agile and flexible and have to learn different kinds of throws, joint locks, strikes, kicks and suffocation skills that are used throughout the match. It takes years of training and dedication to learn the art as this sport demands excellent control over all skills.

A Brief History of Sambo 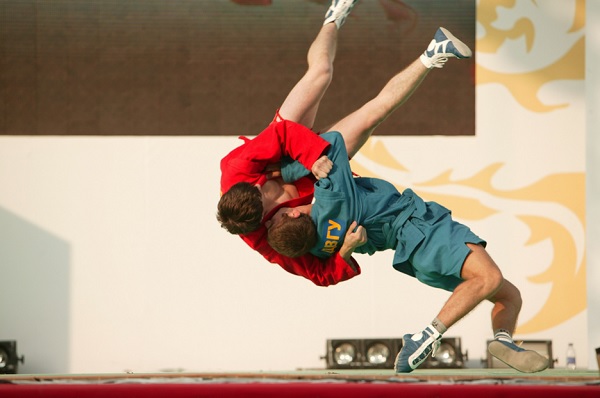 In 1968, sambo was accepted as the third style of international wrestling by FILA. In 1985, the Federation International Amateur Sambo (FIAS) was founded to operate as the first official organization for Sambo which was later on divided in to FIAS East and FIAS West. In 1938, sambo became the official combat sport of the Soviet Union. In 1980, sambo was a demonstration sport at the Olympic Games in Moscow, Russia but could not make it to the list because of boycott.

Even being one of the most modern forms of martial arts, sambo is practiced and played in many countries today because of its universal appeal and unique techniques. Even though it is much famous in Russia, slowly and steadily its popularity is spreading all over the world. Players from different forms of martial art have started practicing sambo.

A list of countries where sambo is practiced, played, and is quite popular are Russia, Bulgaria, Belarus, Mongolia, Ukraine, Kazakhstan, Uzbekistan, Venezuela, Serbia, Japan.

The match takes place on a combat mat which has a size of 11x11 meters to 14x14 meters. The mat is made of synthetic fabric and has a smooth surface with the thickness of 5 cm or below.

The central surface of the mat where the bouts are conducted and also considered as the main working area is a circle with 6 to 9 meters in diameter. The rest part of the mat is considered as protective area with a width of 2 to 5 meters. 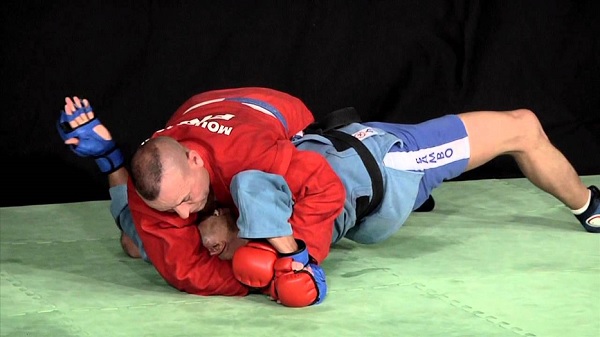 The platform where the mat is placed shall be up to 2 to 5 meters wider than the mat on every side. The whole surface of the mat is covered with coverlet made of firm soft fabric or some synthetic material without rough seams.

The covering must be tightly stretched and fastened. The authenticity and stability of the mat is decided by the Chief official, doctor, and representatives of the organization conducting the competition.

The equipment used in sambo are very much similar to that of mixed martial arts. Players use different protective equipment including helmets, gloves, guards etc. The uniform in sambo includes sambovka and belts during a fight. Some of the equipment are as follows −

It is a jacket or kimono type material intended for trainings and participation in competitions of all levels of sambo. Usually a player uses red or blue coloured sambovka accompanied by same colour of shorts and belts.

Different protective equipment are used by the players for avoiding any kind of injuries or accidents and these equipment protect the players against the fatal and dangerous strikes of the opponent. Some of the commonly used protective guards are as follows −

Sambo - How to Play?

Sambo has conceptualized both freestyle wrestling and martial arts and its techniques and wrestling styles are more about self-defence rather than attack. For Viktor Spiridonov and Vasili Oshchepkov, it took years to develop the basics of this martial art and after their departure, the sport has been largely conceptualized, improved and perfected by many legendary pioneers of the sport.

In this sport, two players initially face each other in the ring and different points are there for each successful grappling or locks. Players start grappling and putting various holds on each other till the end. Most formats of sambo prohibits the player to strike the opponent to the ground. 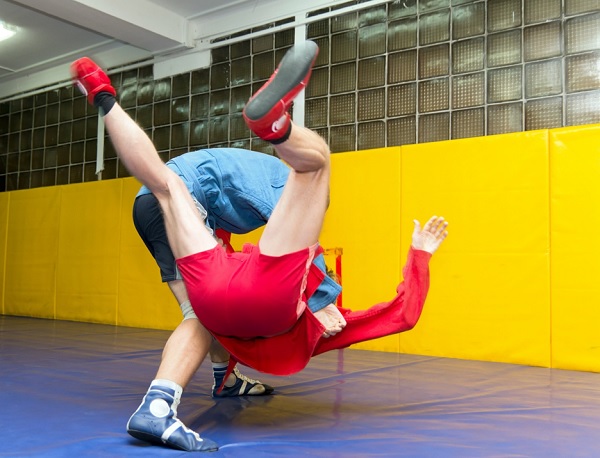 Rather than fast body work, it’s agile movements and different locking skills that decide the winner. While playing, if an opponent quits during the submission locks, the player is declared winner. Otherwise, the winner is decided on the points gained by a player at the end of the match. There are certain rules regarding the duration of the holds and locks and for declaring a winner which are explained in rules section.

Initially, sambo was developed as a basic martial art for improving hand-to-hand combats. With time, different formats of the art has been developed. Mostly in all formats of sambo, the basic style followed is a joint result of wrestling with Judo. Players work really hard on their leg lock skills and on ground control skills. In case of striking, the opponents follow different grappling techniques which mostly involves takedowns and submissions.

Mostly in case of Russian sambo, the basic focus is given on finishing the match as quickly as possible. Presently, there are different offshoots of sambo, only five of them have got worldwide recognition, which are: Sport Sambo, Combat Sambo, Self-defence Sambo, Freestyle Sambo, and Special Sambo. Among them sport sambo, combat sambo and freestyle sambo has been recognized by FIAS.

Among all formats of sambo, combat sambo includes the most aggressive forms of wrestling which involves different types of striking and grappling. It was developed to prepare an individual for any kind of situation and survive. It was mostly developed and utilized for the military training and allows different aggressive techniques like punches, kicks, elbows, knees, headbutts and groin strikes. In Russian military, combat sambo is employed as the training sport for close combats and for self-defence. 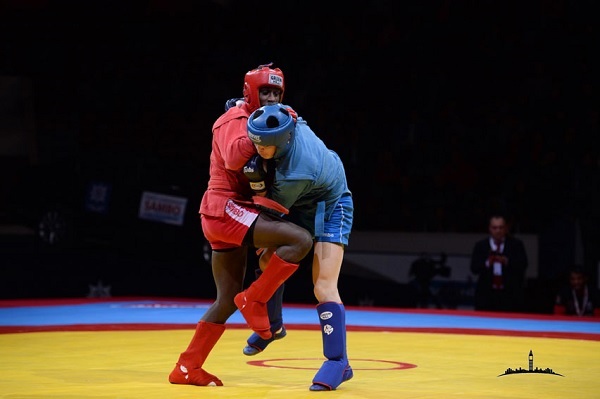 It includes techniques from both sport sambo and self-defence sambo but uses them in different ways. Combat sambo allows most of the techniques that are very dangerous and prohibited in other wrestling sports. The techniques of this format of sambo are very much similar to modern mixed martial arts. Players in combat sambo wear jackets similar to sport sambo. Players also use additional hand protection and sometimes shin and head protection.

Sport Sambo involves a lot of throwing, ground work and submissions. In case of this format of sambo, it has a lot of resemblance with Olympic Freestyle Wrestling or Judo, but the difference mostly lies in uniforms, rules, and protocols. For example, unlike Judo, sport sambo allows some of the leg locks excluding chokeholds. But in comparison to Judo, very less restrictions are there on gripping and holds. 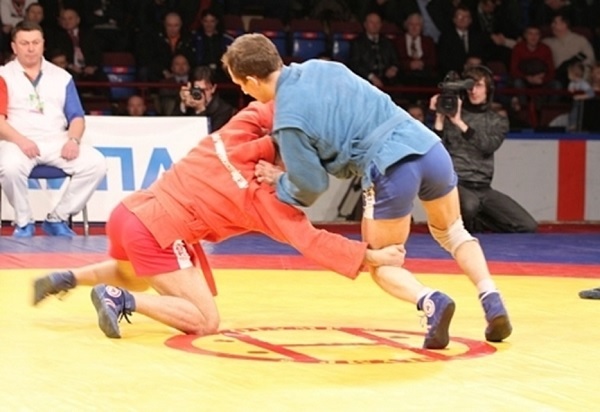 Freestyle sambo was created and added to the sport by American Sambo Association in 2004. This format of the sport differs from other formats in case of certain rules such as choke holds and other submissions like certain neck cranks and twisting foot locks which are allowed in this format. Here, no strike is allowed and players mostly focus on throwing skills and fast ground work while playing. 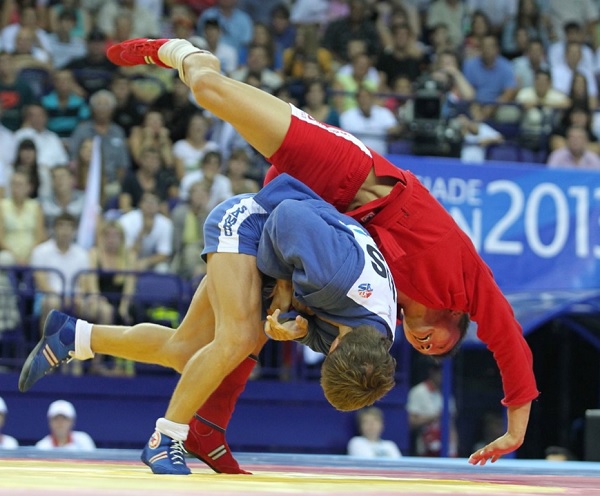 This format of the sport is mostly used for preparing an individual for self-defence against any kind of armed or unarmed forces. Self-defence sambo has resemblance with Aikijujutsu. This is mainly developed to train individuals like bank employees and women for self-defence. 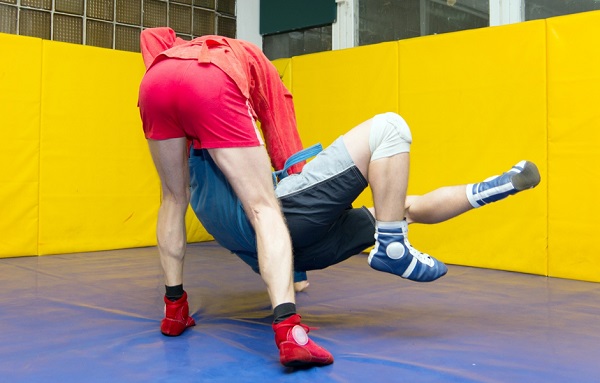 There are certain cases where victory is awarded to the player.

In case both players have zero technical points or same number of warnings, the player, who has got the last evaluation of warning against his/her opponent, is declared winner. 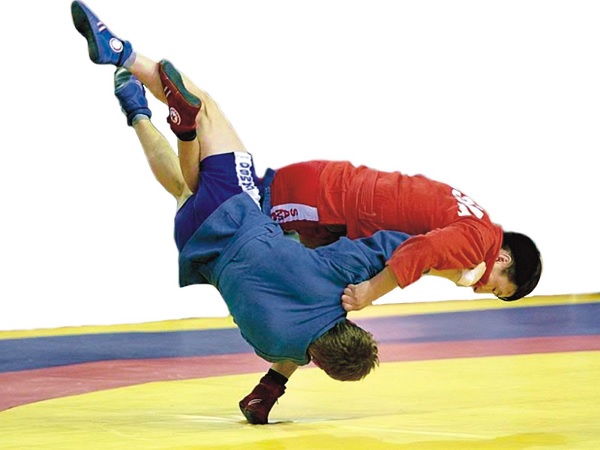 Certain holds and actions are completely prohibited in case of sambo and the player who uses it can be disqualified. Some of those holds are as follows −

International Federation of Amateur Sambo (Fédération Internationale de Sambo) works as the international governing body of sambo and is responsible for the worldwide publicity and sambo events. In 1993, FIAS split into two organizations, as FIAS East and FIAS West. While FIAS East works for the development of sambo in the Russian territories, FIAS West works for the US and Western European countries.

Now we will discuss about some of the champions who have made their mark in this sport. 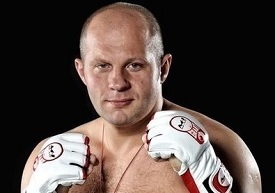 Fedor Vladimirovich Emelianenko is from Ukrainian SSR and is a Russian heavyweight mixed martial artist (MMA), sambist, and judoka. Throughout his career, he has won numerous awards and accolades in different forms of wrestling sports including FIAS World Combat Sambo Championship (Heavyweight Champion 2002, 2005, 2007).

He was inducted into the FIAS hall of fame in 2012. He also won one gold in Russian Armed Forces Championships in the year 1998. He also has been the SportAccord World Combat Games brand ambassador in 2010 and 2013. 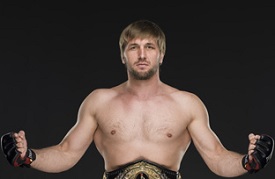 Vitaly Viktorovich Minakov is from Russian SFSR and is a Russian sambist, judoka and an undefeated mixed martial artist. 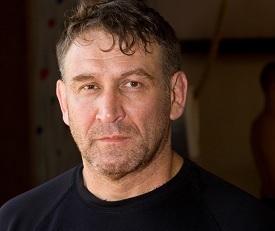 Igor Yakimov is a professional Russian sambist, judoka. He is considered as one of the most accomplished sambo champions and has won the World Combat Sambo Championship in year 2001.

Along with these wins, he also won the International Sambo Champion in the year 1990. 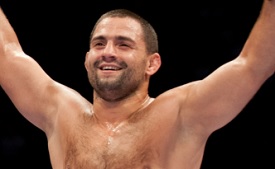 He along with his twin brother Rumen Dimitrov founded the organization TWINS MMA and presently working on producing more talents in it. In his full career he has won 21 matches out of which five were won by knockout, thirteen by submission, and three by decision. 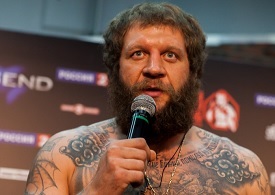 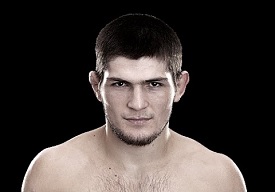 Khabib Abdulmanapovich Nurmagomedov is from Russian SFSR and is a professional mixed martial artist and sambist. He has won the Combat Sambo World Championship event twice.

He is also a mixed martial artist and he currently holds one of the longest undefeated streaks in MMA with 23 straight wins in which eight were won by knockout, seven by submission, and eight by decision. 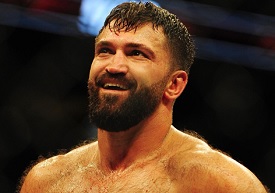 Andrei Valeryevich Arlovski is from Byelorussian SSR, and is a professional mixed martial artist and sambist.

Presently he is more concentrating in his MMA career and is competing in the Ultimate Fighting Championship.