In this chapter, we will discuss about the equipment used in Rowing. Let us start with Racing Boats. 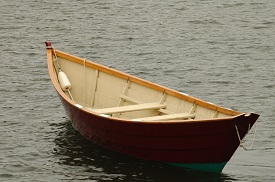 To reduce the drag to a minimum level while sailing, the boat is designed having semicircular cross section with long and narrow structure. To increase the effectiveness of the rudder, we usually connect a fin towards the rear. This also helps the boat from getting roll and yaw.

In sculling type of boats, the riggers are so designed that they apply force symmetrically on the either side of the boat, whereas in case of sweep oars type, the design allows the riggers to be applied alternatively. Therefore, it is the symmetrical force that is an utmost necessity in scull type boats. Similar comparison shows that double scull and quadruple scull are faster than coxless pair and coxless fours type.

Another type of boat, often called as a queep, is used mostly in UK and Canada. It can be made up of either shell of coxed or non-coxed. Apart from queep boats, trop and coxed trop are in fashion in Central Canada nowadays. The small difference that the coxed trop has a coxed positioned at the stern of the boat. 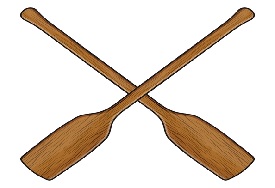 To propel the boat in the water, you need oars. They have long pole like structure having flat surface finishing at the end, which is of 50×25 cm configuration. However, the length of the pole varies according to the type of boats. For sculling type boats, the length varies between the ranges of 250-300 cm whereas rowing type boats maintain the length in between 340-360cm.

Scullers are used for steering purpose in single, double and quad type scull boats by giving pulling force on either one or on both sides. Some other boats, where coxswains are present, control the boat through rudder.

In the absence of coxswain, the duty is done by a crew. Sometimes the crew control through a rudder cable, attached to the toes. Strokesman present on the straight course can point the stern to a particular point at the beginning. 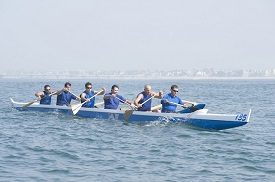 Before going for actual race, the riders practice the session in an artificial tank that mimics the exact tournament condition. This tank is called as rowing tank. In this tank, the water is propelled in artificial way to give the exact feeling of rowing on the stream lines.

Beginners are trained in this tank initially. This tank also comes handy for practising, when the bad weather condition does not permit to row in the outside stream. It is also used in offseason when the water current is not coherent for rowing. 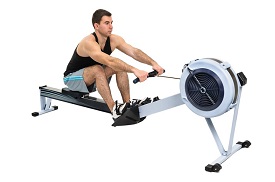 Indoor rowing instruments are known as ergometers. This device measures the amount of work performed by the rowers. By using this equipment, we can actually calibrate the amount of energy that a rower poses for actual competition.

It is part of daily training session that the rowers go through. The practitioners are all the members of a certain team that is going to compete along with many others in a tournament.

Rowers practice their skills every day and focus on improvising it. In short, we can say that rowing fitness can be effectively measured through it on the ground, where waterborne training is restricted.

Those who are experienced on water can get an effective workout through its use. Performance upon this is not considered as a selection criterion for crews. To mimic the water movement actions, slides are placed below the ergometers. It will give you an experience as if you are sailing in the water.