The Artistic Skating World Championships is a worldwide skating competition which is authorized by the International Roller Sports Federation. Lots of elite figure skaters take part in this competition for the title of world champion.

There are multiple categories in the world championship like men’s singles, ladies singles, and title for pairs and also for junior categories. It is considered as the most renowned and prestigious award in this sport and the achievement hold a great value in artistic skating. 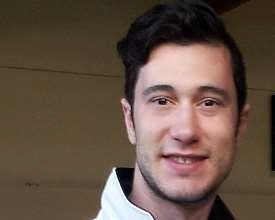 Roberto Riva is a roller skater from Italy who has won many gold medals till now. In 2005, he won two gold medals in world championships and the events included were free skating and combined event.

In 2006, he won two golds in figures and combined event and one silver in free skating.

In 2009, he participated in World Games and won a silver medal. 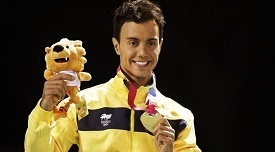 Marcel Ruschel Sturmer is an artistic roller skater from Brazil. He has won many titles in his career and is considered as one of the best roller skaters. His achievements include a gold in World Games held in 2013. Besides this he has taken part in World Championships.

Federico Degli Eposti is a figure skater and roller skater from Italy who was the World Roller Skating Pair Champion from 2003 to 2006. In this pair, his partner was Marika Zanforlin.

He is the member of Polisportiva and Pontevicchio clubs. He has taken part in ISU Challenger Series and earned 118.2 points in combined event, 41.42 points in short program event and 77.10 in free skating. In figure skating, he has not performed very well yet. 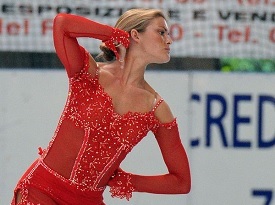 Tanja Romano is one of the best female roller skater who has won many medals in her career. From 2002 to 2010, she has taken part in World Championships and won 15 gold medals and two silver medals.

From 2003 to 2006, she participated in European Championships and won six gold medals, two silver medals, and one bronze medal.