The International Racquetball Federation (IRF) works as the governing body for racquetball. It governs all worldwide events in racquetball including the World Racquetball Championship which was held in 1981 for the first time.

The main championship events in racquetball are −

Let us now discuss briefly about some of the champions of Racquetball and their careers. 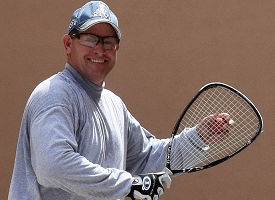 He has won more than 100 international as well as national titles and six U.S national championships in his 14-year career.

Such was his efficiency in the sport that he was ranked either one or two in the world in between 1976 to 1990.

He has been named the Professional Racquetball Player of the Year eight times and was inducted in to USA Racquetball Hall of Fame in 1997. 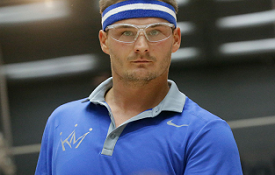 Kane Walselenchuk is a racquetball player from Alberta, Canada and is considered as one of the most dominant player in all time racquetball history.

He has been the number one player in IRT tour for the 10th time and as of now has won a record number of 137 matches in a row without defeat.

Beside the IRT tournaments, he has won a record 11 U.S national championships. In case of IRF World Championship, he has won one gold, two silvers and two bronzes till now. 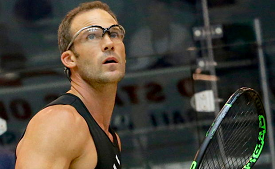 Rocky Carson is a racquetball player from America who is currently the champion of Men’s Singles World Tournament. He won this title five times and established a record in the history of racquetball. He has won 24 IRT Tournaments till now.

In 2007-08 season he won seven tournaments and became number one IRT player. Before this season he had only three wins.