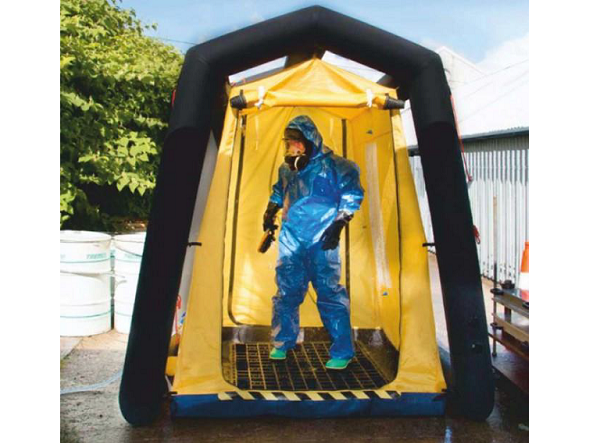 Furthermore, decontamination helps in quarantining the clean areas within a site by putting a check on the transfer of contaminants through contaminant carrying personnel. It also prevents the mixing of incompatible chemicals while stopping the transfer of uncontrolled contaminants within the site.

A brief overview of the various types of contaminants that may potentially be encountered by the workers within an occupational site is introduced in this chapter. This chapter also deals with the factors influencing the communication of the contaminants and the remedies to the contamination due to these contaminants.

However, decontamination for personnel or equipment contaminated by radiation is beyond the scope of this chapter. It is strongly recommended to consult a health physicist in case of contamination due to radiation occurs.

As part of the Site Safety Plan, a documentation plan must be developed for decontamination. This plan should be set up prior to the entrance of any personnel or equipment into the areas where there is a potential danger of exposure to certain contaminants. The decontamination plan must consider the following −

In case the type of the Personal Protective Clothing/Equipment is changed, there is a change in the site conditions, or if the nature of the job within the site is changed, a revision of the plan must be conducted.

The establishment of Standard Operating Procedures is the first step towards decontamination. These procedures minimize the contact with the contaminants, thus, minimizing the risk of contamination. Let us now consider the different activities that can help prevent contamination

Adding to the above, Standard Operating Procedures must be established for maximising workers’ protection. For example, defined dressing procedures before entering into the hazardous site will diminish the risk of contaminants bypassing the protective clothing and thus, will significantly decrease their escape from the decontamination process.

Generally, fasteners such as buttons and zippers must be closed, along with gloves and boots being tucked, under the sleeves and the legs of the outer garments. Hoods, on the other hand, must be worn outside the collar. A secondary pair of robust outer gloves is also a must-have. Above all, proper taping of the junctures must be done to achieve the perfect prevention from contaminants.

Before using each time, the Personal Protective Equipment must be examined for any punctures and defects that might render the wearer exposed to certain contaminants. Likewise, any cut or injury on the surface of the skin also inclines the risk of contamination for the worker. Therefore, workers having wounds spread across a larger surface area on their skin must refrain from entering potentially contaminated sites.

If the process of decontamination does not remove the contaminants that have permeated into the personal protective equipment, they might continue with permeating further into the material and might inflict an unsuspected exposure. The following five factors affect the extent of permeation.

The time for which a contaminant is in contact is directly proportional to the risk and the extent of the permeation. This is why it is very important to remove contaminants by implementing a decontamination process.

The concentration of the Contaminant

The risk of an exposure to a contaminant is directly proportional to the temperature.

Size of the molecules of the contaminant

Permeation is inversely proportional to the size of the contaminant molecules.

The physical state of the contaminants

Decontamination must be performed on all the clothing, equipment, samples, and personnel leaving the potentially contaminated area in the site. These areas are often referred to as Exclusion Zones. The following three approaches are usually considered for decontamination

In most of the cases, the total mass of contaminants can be removed by implementing the following physical measures −

The physical methods that deal with a high amount of pressure and/or temperature must be used with a lot of caution and should only be used where they are really necessary. The following categories of contaminants can be removed by physical means −

Dust particles and vapours that stick to the equipment and the workers, or that are trapped in minute openings like stitches, can be removed by immersing them in water and other rinsing liquids. Antistatic solutions can be coated on the clothing to enhance the removal of electrostatic contaminants.

Some examples of these contaminants are cement, glues, resins, and muds. These contaminants have a higher adhesive property than that of elemental mercury and thus, are very tough to remove by physical means. However, these contaminants can be removed by methods such as solidification, freezing, absorption, adsorption and melting.

The process of evaporation and rinsing with water can remove the contaminants that take the form of volatile liquids. Steam jets can immensely escalate the process of evaporation of volatile liquids. However, there is a very high risk for the workers to inhale the contaminant-filled vapours. Therefore, proper caution must be taken to ensure proper isolation of the vapours.

Washing and cleaning with cleaning solutions is the next step that should be followed after the physical removal of contaminants. The following methods can be utilized to do this −

Surface contaminants can be chemically removed by dissolving these contaminants in a solvent. Chemical compatibility of the solvents with the contaminants is essential for the removal of these contaminants. To be specific, this is particularly important in the case of decontaminating Personal Protective Clothing that is made up of organic materials and can be damaged by organic solvents.

Adding to this, a very high degree of caution must be taken in the selection, usage and the disposal of highly flammable and potentially toxic organic solvents. The following kinds of organic solvents are the most widely used −

Generally, halogenated solvents are toxic in nature and are not compatible with Personal Protective Clothing. These solvents must only be used in extreme cases, where it is impossible for other cleaning agents to remove the contaminants.

Physical cleaning methods are aided by surfactants by the reduction of adhesive forces between the contaminants and the surface to be decontaminated. The most commonly used surfactants are household detergents. Detergent, when mixed up with certain proportions of organic solvents, results in a better dispersal and dilution of contaminants.

The physical removal of liquids or gel-based contaminants can be greatly enhanced by solidifying them. The following mechanisms of solidification are usually followed across industries −

The contaminants can be removed through rinsing by solubilisation, physical attraction, and dilution. Rinsing multiple times with cleaning solutions removes a lot of contaminants as compared to a single rinse. Rinsing continuously will remove even larger amounts of contaminants than multiple rinsing.

For example, heavily contaminated items such as boots and gloves must be the first to be decontaminated. A separate station must be dedicated to each procedure to reduce cross contamination. Decontamination line is the term given to the sequence of stations. Furthermore, physical barriers must be present in between these stations for preventing cross-contamination. 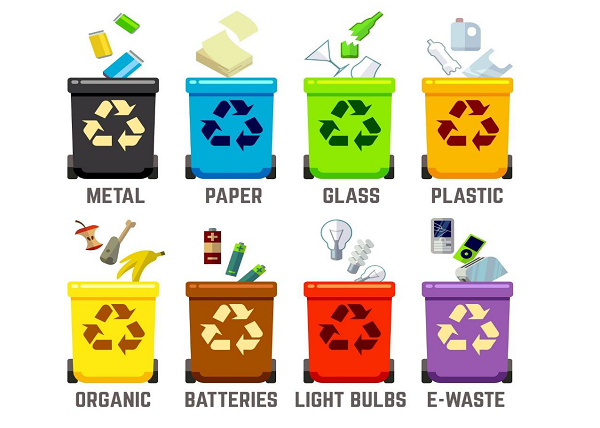 It is very crucial to decontaminate and dispose the equipment and materials used for decontamination. The collection and placement of brushes, buckets, clothing, and other tools must be done within containers that are properly labelled. Moreover, the washed water and the solutions used in the decontamination process must be collected and isolated from the environment. Plastic bags should be used to contain the clothing and the equipment that are not completely decontaminated.