In this course we are going to discuss Kabbalah.

In part 1 we’ll talk about the basic principles of Kabbalah and give you some background on how it began.

In part 2 we'll talk about how we were created, what we are doing here, and how and at which point we begin our ascent to the Upper World.

In part 3 we'll talk about Kabbalah’s perspective of the current global crisis and discuss ways to cure it.

Kabbalah is an esoteric method, discipline, and school of thought that originated in Judaism.

Kabbalah's definition varies according to the tradition and aims of those following it, from its religious origin as an integral part of Judaism, to its later Christian, New Age, and Occultist syncretic adaptations. Kabbalah is a set of esoteric teachings meant to explain the relationship between an unchanging, eternal, and mysterious Ein Sof (infinity) and the mortal and finite universe (God's creation). While it is heavily used by some denominations, it is not a religious denomination in itself. It forms the foundations of mystical religious interpretation. Kabbalah seeks to define the nature of the universe and the human being, the nature and purpose of existence, and various other ontological questions. It also presents methods to aid understanding of the concepts and thereby attain spiritual realisation.

Kabbalah originally developed within the realm of Jewish thought, and kabbalists often use classical Jewish sources to explain and demonstrate its esoteric teachings. These teachings are held by followers in Judaism to define the inner meaning of both the Hebrew Bible and traditional Rabbinic literature and their formerly concealed transmitted dimension, as well as to explain the significance of Jewish religious observances. 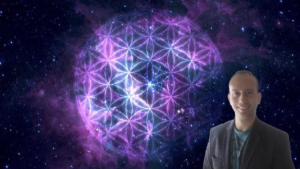