Till now we know that whenever we execute a program then a process is created and would be terminated after the completion of the execution. What if we need to create a process within the program and may be wanted to schedule a different task for it. Can this be achieved? Yes, obviously through process creation. Of course, after the job is done it would get terminated automatically or you can terminate it as needed.

Process creation is achieved through the fork() system call. The newly created process is called the child process and the process that initiated it (or the process when execution is started) is called the parent process. After the fork() system call, now we have two processes - parent and child processes. How to differentiate them? Very simple, it is through their return values. 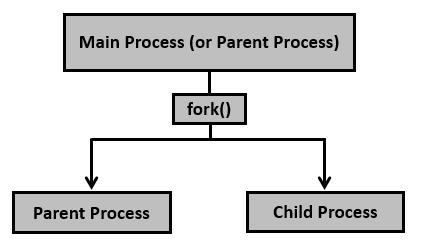 After creation of the child process, let us see the fork() system call details.

The fork() system call returns either of the three values −

Let us consider a simple program.

Note − Usually after fork() call, the child process and the parent process would perform different tasks. If the same task needs to be run, then for each fork() call it would run 2 power n times, where n is the number of times fork() is invoked.

A process can terminate in either of the two ways −