IMS database has a rule that each segment type can have only one parent. This limits the complexity of the physical database. Many DL/I applications require a complex structure that allows a segment to have two parent segment types. To overcome this limitation, DL/I allows the DBA to implement logical relationships in which a segment can have both physical and logical parents. We can create additional relationships within one physical database. The new data structure after implementing the logical relationship is known as the Logical Database.

A logical relationship has the following properties − 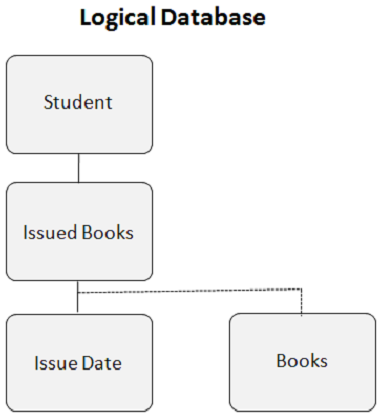 It allows access in both the directions. The logical child in its physical structure and the corresponding virtual logical child can be seen as paired segments.

The logical child is a physically stored subordinate to both its physical and logical parents. To application programs, it appears the same way as a bidirectional virtual logical child.

The programming considerations for using a logical database are as follows −

A logical child segment consists of the following two parts − 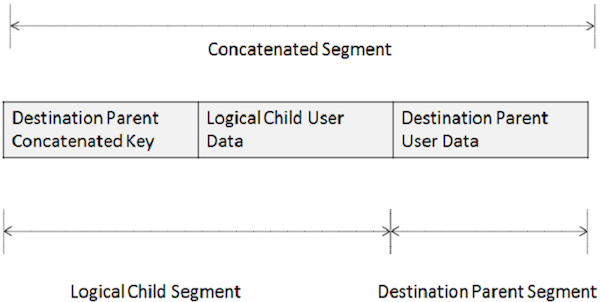 When we work with concatenated segments during update, it may be possible to add or change the data in both the logical child and the destination parent with a single call. This also depends on the rules the DBA specified for the database. For an insert, provide the DPCK in the right position. For a replace or delete, do not change the DPCK or the sequence field data in either part of the concatenated segment.