Fundamentals of Zero Based Budgeting

Zero-based budgeting (ZBB) is a method of budgeting in which all expenses must be justified for each new period. The process of zero-based budgeting starts from a "zero base," and every function within an organization is analyzed for its needs and costs. The budgets are then built around what is needed for the upcoming period, regardless of whether each budget is higher or lower than the previous one.

Traditional budgeting calls for incremental increases over previous budgets, such as a 2% increase in spending, as opposed to a justification of both old and new expenses, as called for with zero-based budgeting.

Traditional budgeting also only analyzes only new expenditures, while ZBB starts from zero and calls for a justification of old, recurring expenses in addition to new expenditures. Zero-based budgeting aims to put the onus on managers to justify expenses and aims to drive value for an organization by optimizing costs and not just revenue.

As per the latest Survey by Delloitte zero-based budgeting users appear to be moderately more successful at meeting their cost targets. Sixty-three percent of respondents, globally, who did not conduct ZBB did not meet their cost targets, while the same is true for 58 percent of those that did use ZBB. Although ZBB users in the US reported higher cost program failure rates than non-ZBB users (65 percent vs. 57 percent), in all other regions the failure rate for ZBB users was lower than for non-ZBB users (57 percent failure rate vs. 68 percent in Latin America; 52 percent vs. 56 percent in Europe; and 60 percent vs. 71 percent in the Asia Pacific).

In this course we will explore practical aspects of Zero Based Budgeting. 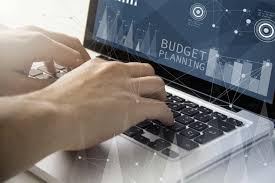