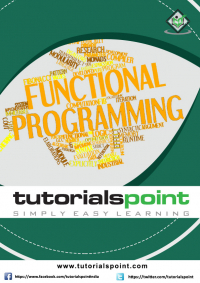 This tutorial will help all those readers who are keen to understand the basic concepts of functional programming. It is a very basic tutorial that has been designed keeping in mind the requirements of beginners.

Before proceeding with this tutorial, you should have a basic understanding of Computer Programming terminologies in general and a good exposure to any programming language such as C, C++, or Java.