While playing Discus Throw, the player launches the discus from a circular area by turning around oneself for one and a half turns. The playing environment of discus throw mainly includes the following −

Let us discuss each of them in detail. 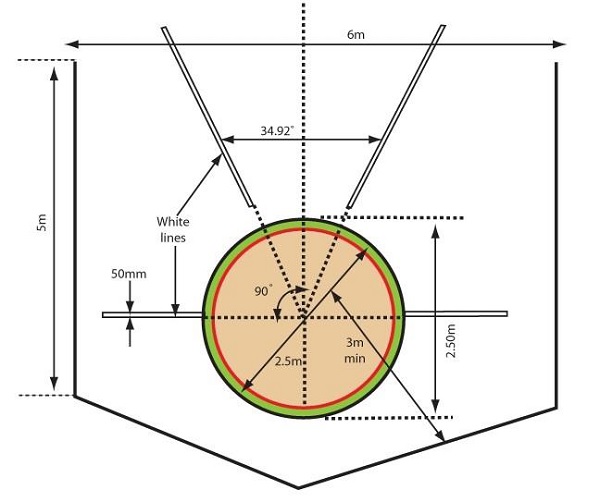 Also called Discus Circle, it is the area within which the player needs to take a start and complete the throw. It is made of iron, steel or other suitable material such as hard rubber sheet. The top of this circle is aligned horizontally with the ground outside the circle.

The measurements of throwing circle are as follows − 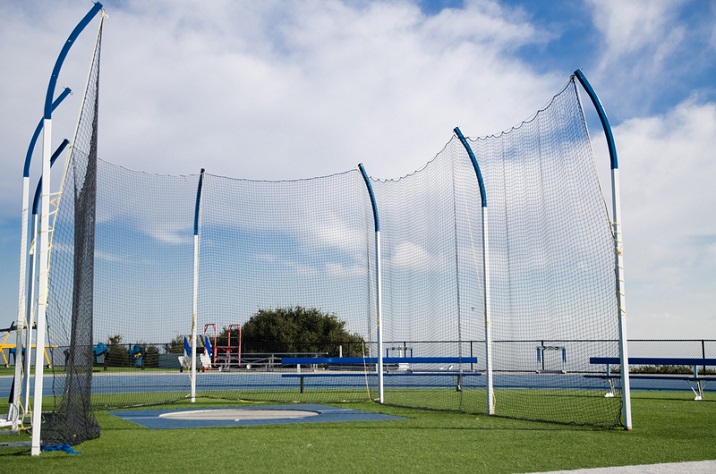 Generally, the netting of cage is constructed from synthetic fibers or steel wire of moderately high tensity.

The cage measurements are −

Mouth of the cage is positioned 7m in front of the center of the throwing circle.

The landing zone (also called landing sector) is where the discus arrives after the player throws it. The landing zone’s surface must be capable of taking the impression of the discus upon its landing. It is made of natural grass or other suitable material without any bumps.