In dial-up connection, computer uses its modem to dial a telephone number given to the user by an Internet Service Provider. This launches a connection between personal computer and ISP server. The process begins when the ISP server answers, and ceases when your computer or the server "hangs up". This is similar to a traditional telephone call. Most ISP servers disconnect automatically after a certain period of inactivity. Once a connection is configured on the user’s computer, he/she can use the connection. It is secure and de-allocates unused memory automatically.

Broadband connections are considered as high speed connections, as they use modes that can handle several signals at once, such as fiber optics, twisted pair cables, coaxial cable and other technologies. Even with hundreds of users on the network, these connections allow large files and complex web pages to download quickly. To be considered as a broadband, the connection must be able to transmit data at a rate faster than is possible with the fastest dial-up connection. Downloading and uploading content will be fast. 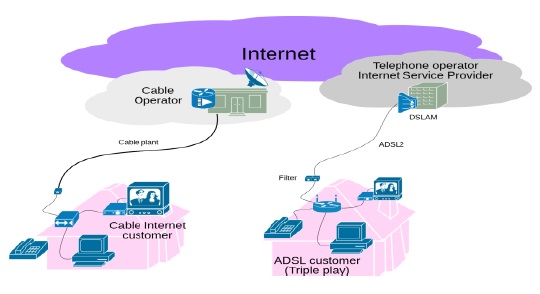 Integrated Services Digital Network (ISDN) is a digital service that simultaneously transmits voice & data, and controls signals over a single telephone line. ISDN service operates on a standard telephone line, but requires a special modem and phone service, which adds to the cost. An ISDN data connection can transfer data up to 128,000 bits per second (128 Kbps). It helps to connect a PC, telephone and fax to a single ISDN line and use them simultaneously. 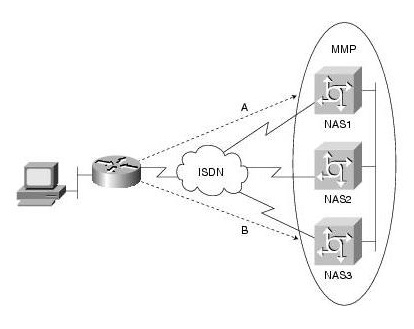 Digital Subscriber Line is similar to that of ISDN in using telephone network, but it uses more advanced digital signal processing and algorithms to squeeze maximum number of signals through telephone lines. DSL also requires changes in components of telephone network before it can be offered in any area. Like ISDN, DSL provides simultaneous data, voice and fax transmission on the same line. Several versions of DSL services are available for home and business use; each version provides 24/7 full-time connection at different levels of service, speed, bandwidth and distance. 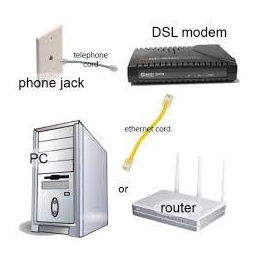 Now-a-days many cable television companies use some percentage of their network’s bandwidth to provide internet access through prevailing cable television connections. Since this connection uses a special cable modem, it is called "Cable Modem Service". Cable television systems transmit data via coaxial cable, which can transmit data as much as 100 times faster than common telephone lines. Coaxial cable allows transmission via several channels simultaneously, i.e., the internet data can be transmitted on one channel, while audio, video and control signals are transmitted separately. The user can access internet and watch television concurrently, with two non-interfering data streams. 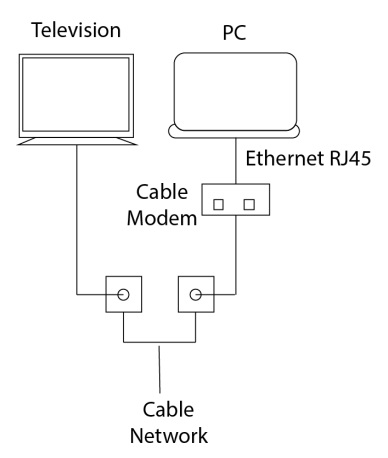 Wireless LAN connections are very common these days, which are based on the technology that is often cited as Wi-Fi (Wireless Fidelity). The distance covered by WLAN is usually measured in meters rather than miles. Therefore, this is not a technology that connects directly to an ISP but can be used to connect to another LAN or device through which internet access is achieved.

A WWAN is a digital network that spans over a large geographical area. A WWAN accepts and transmits data using radio signals via cellular sites and satellites. At the switching center, the WWAN divides off into segments and then connects to either isolated or public network through telephone or other high speed communication links. The data is then linked to an organization’s existing LAN/WAN infrastructure. The coverage area for WWAN is normally measured in miles (kilometers) with a data transmission rate of 100 Mbps.

Satellite services provide a mutual (two-way) communication between user and the internet. This provides a full-time connection which is used in armed forces, business, etc. It includes two parts −

Transceiver − A satellite dish that is placed outdoors in direct line of sight to one of the several satellites in geostationary orbit. 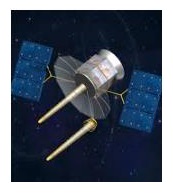