Computer memory refers to storage area where data is stored. It is of two types − 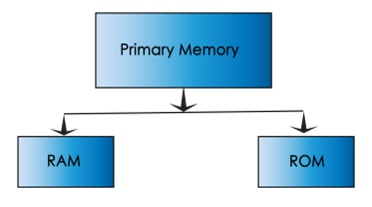 RAM is referred as temporary memory, in which, information stored is lost once computer is turned off. It is a volatile memory. Instructions written in this memory can be modified; hence it is also known as programmable memory. The two types of RAM are Static RAM (faster and costlier) and Dynamic RAM. 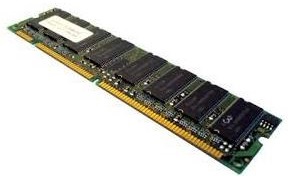 Functions of RAM are as follows −

ROM is referred as permanent memory, in which information stored is available even if computer is turned off. Instructions stored in this memory can only be read and cannot be modified. Mostly ROM has a start-up instruction which is executed every time when computer is switched on. Types of ROM are PROM (Programmable Read Only Memory), EPROM (Erasable PROM), EEPROM (Electrically Erasable PROM) and flash memory. 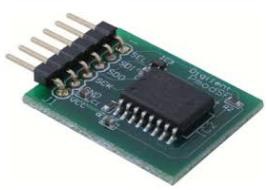 Sometimes when data to be processed is large, it cannot fit in primary memory as it is limited, in such cases, we use supplement memory or secondary memory. Secondary memory helps to store information permanently and is non-volatile. Examples of secondary storage memory are compact disk, floppy disk, pen drive, external hard drive, etc.