Ethical issues in marketing arise from the conflicts and lack of agreement on particular issues. Parties involved in marketing transactions have a set of expectations about how the business relationships will take shape and how various transactions need to be conducted. Each marketing concept has its own ethical issues, which we will discuss in this chapter.

Market research has experienced a resurgence with the widespread use of the Internet and the popularity of social networking. It is easier than ever before for companies to connect directly with customers and collect individual information that goes into a computer database to be matched with other pieces of data collected during unrelated transactions.

The way a company conducts its market research these days can have serious ethical repercussions, affecting the lives of consumers in ways that have yet to be fully understood. Further, companies can be faced with a public backlash if their market research practices are perceived as unethical.

Unethical practices in marketing can result in grouping the audience into various segments. Selective marketing may be used to discourage the demand arising from these so-called undesirable market segments or to disenfranchise them totally.

Examples of unethical market exclusion may include the industry attitudes towards the gay, ethnic minority, and plus-size groups.

Ethics in Advertising and Promotion

In the early days of existence of corporations, especially during 1940s and 1950s, tobacco was advertised as a substance that promotes health. Of late, an advertiser who does not meet the ethical standards is considered an offender against morality by the law.

Direct marketing is one of the most controversial methods of advertising channels, especially when the approaches included are unsolicited.

Some common examples include TV and Telephonic commercials and the direct mail. Electronic spam and telemarketing also push the limits of ethical standards and legality in a strong manner.

Example − Shills and astroturfers are the best examples of ways for delivering a marketing message under the guise of independent product reviews and endorsements, or creating supposedly independent watchdog or review organizations. Fake reviews can be published on Amazon. Shills are primarily for message-delivery, but they can also be used to drive up prices in auctions, such as EBay auctions.

Deceptive marketing policies are not contained in a specific limit or to one target market, and it can sometimes go unseen by the public. There are numerous methods of deceptive marketing. It can be presented to consumers in various forms; one of the methods is one that is accomplished via the use of humor. Humor offers an escape or relief from various types of human constraints, and some advertisers may take the advantage of this by applying deceptive advertising methods for a product that can potentially harm or alleviate the constraints using humor.

There are various methods that are anti-competitive. For example, bait and switch is a type of fraud where customers are "baited" through the advertisements for some products or services that have a low price; however, the customers find in reality that the advertised good is unavailable and they are "switched" towards a product that is costlier and was not intended in the advertisements.

Another type of anti-competitive policy is planned obsolescence. It is a method of designing a particular product having a limited useful life. It will become non-functional or out of fashion after a certain period and thereby lets the consumer to purchase another product again. 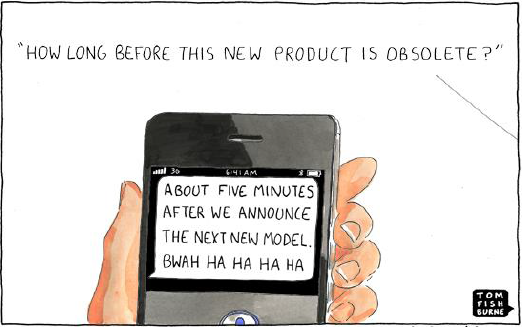 A pyramid scheme is also an anti-competitive process. It is a non-sustainable business model that promises the participants payment or services, mainly for enrolling other people into the scheme; it does not supply any real investment or sell products or services to the public.

This business practice demands the initial investor or the "captain" to enroll other people for a fee to them who again will further enroll more people in order to be paid by the company.

There are various forms of unethical business practices related to pricing the products and services.

Bid rigging is a type of fraud in which a commercial contract is promised to one party, however, for the sake of appearance several other parties also present a bid.

Predatory pricing is the practice of sale of a product or service at a negligible price, intending to throw competitors out of the market, or to create barriers to entry.