Go to this site https://cli.angular.io to install Angular CLI. 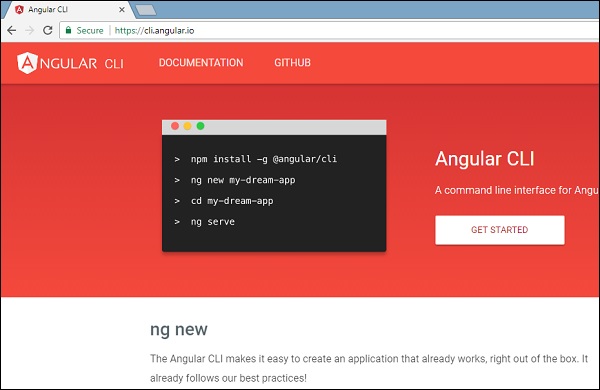 To get started with the installation, we first need to make sure we have nodejs and npm installed with the latest version. The npm package gets installed along with nodejs.

Go to the nodejs site https://nodejs.org/en/. 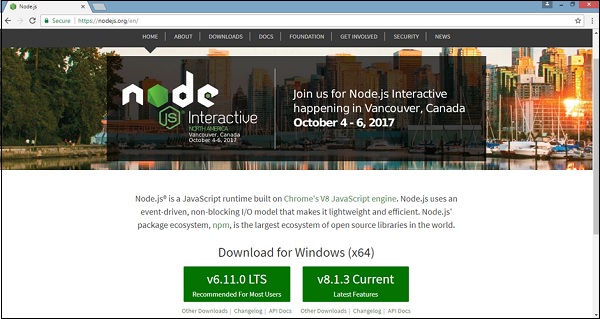 The latest version of Nodejs v6.11.0 is recommended for users. Users who already have nodejs greater than 4 can skip the above process. Once nodejs is installed, you can check the version of node in the command line using the command, node –v, as shown below − 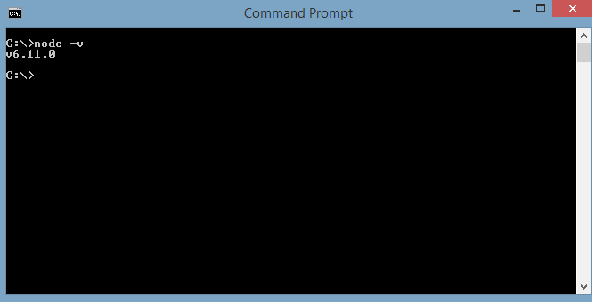 The command prompt shows v6.11.0. Once nodejs is installed, npm will also get installed along with it. 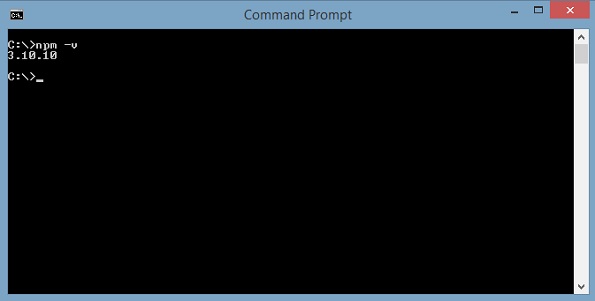 The version of npm is 3.10.10. Now that we have nodejs and npm installed, let us run the angular cli commands to install Angular 4. You will see the following commands on the webpage −

Let us start with the first command in the command line and see how it works.

To start with, we will create an empty directory wherein, we will run the Angular CLI command. 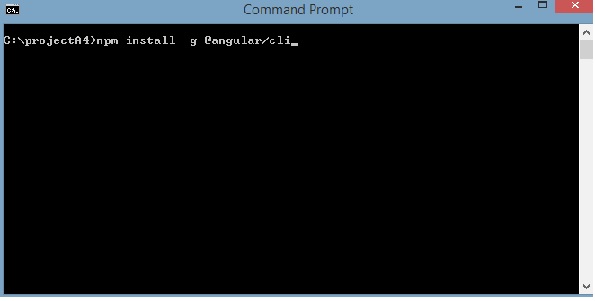 Enter the above command to install Angular 4. The installation process will start and will take a few minutes to complete. 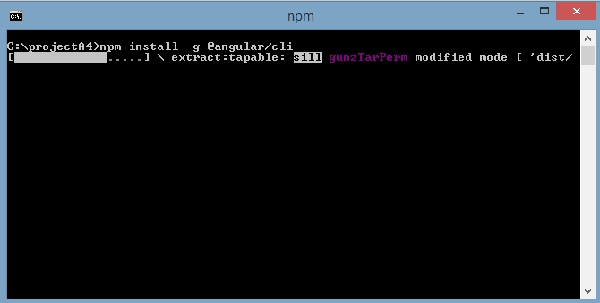 Once the above command to install is complete, the following Command Prompt appears − 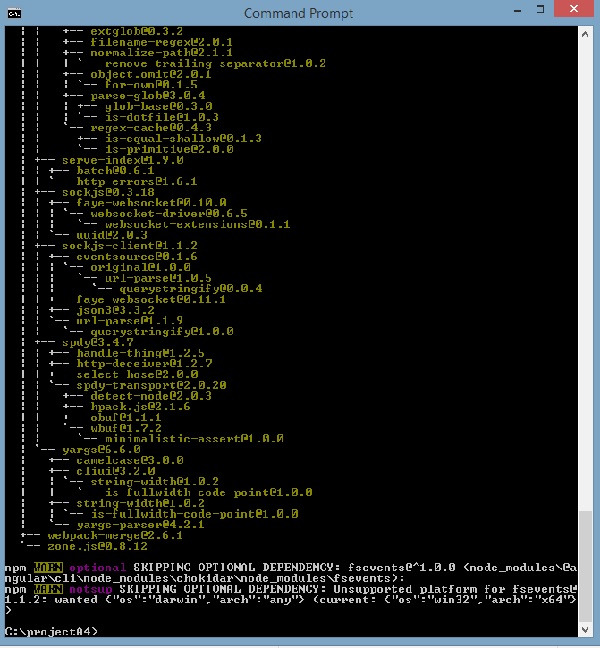 Let us now check whether Angular CLI is installed or not. To check the installation, run the following command in the terminal − 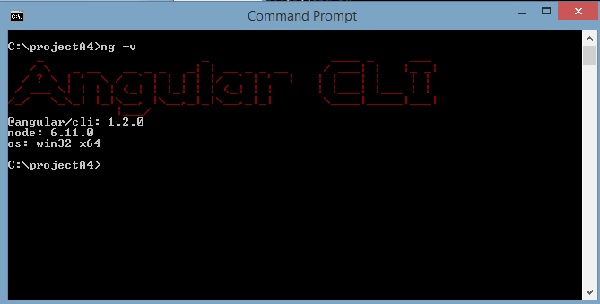 We get the @angular/cli version, which is at present 1.2.0. The node version running is 6.11.0 and also the OS details. The above details tell us that we have installed angular cli successfully and now we are ready to commence with our project.

We will name the project ng new Angular 4-app.

Let us now run the above command in the command line. 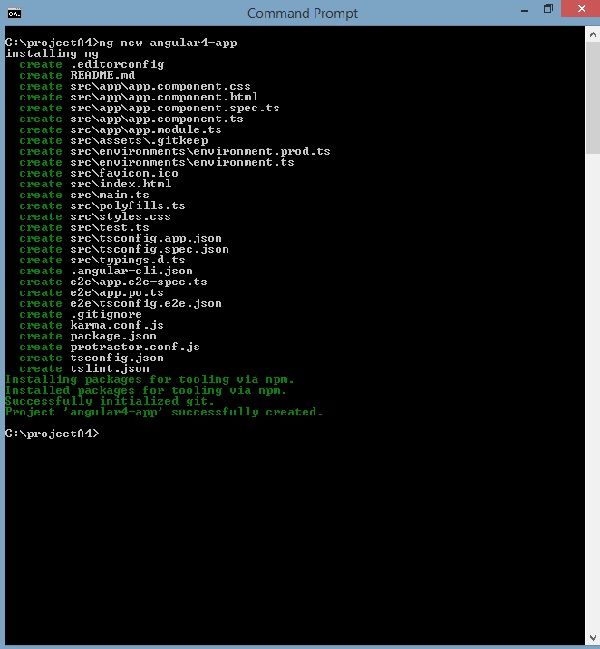 We will use Visual Studio Code IDE for working with Angular 4; you can use any IDE, i.e., Atom, WebStorm, etc. 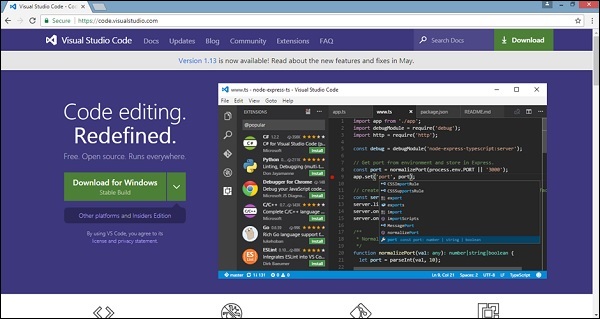 The Editor looks as follows − 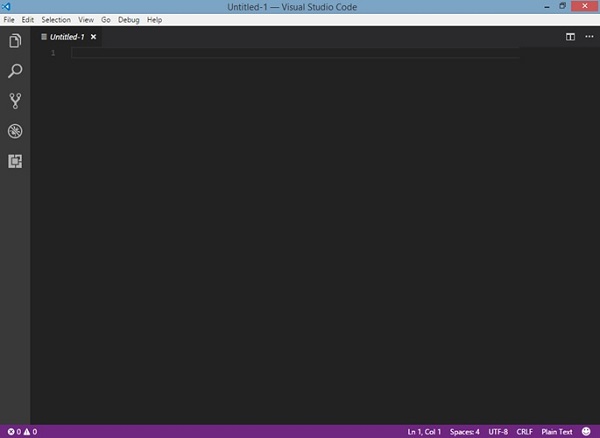 We have not started any project in it. Let us now take the project we have created using angular-cli. 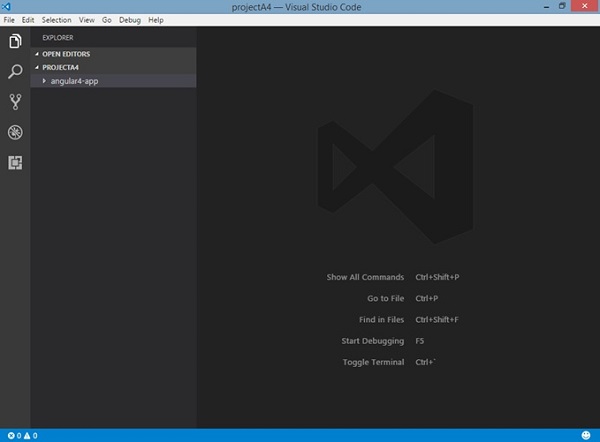 Now that we have the file structure for our project, let us compile our project with the following command −

The ng serve command builds the application and starts the web server. 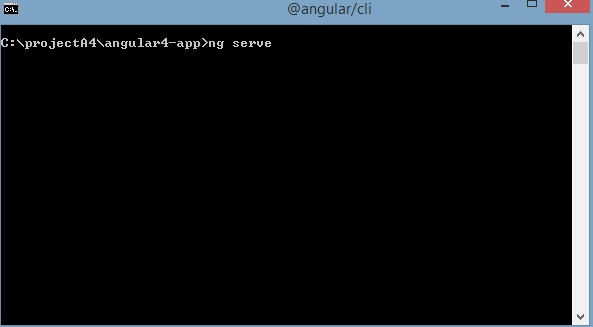 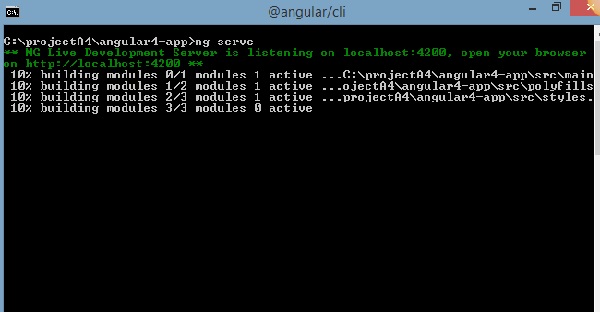 The web server starts on port 4200. Type the url http://localhost:4200/ in the browser and see the output. Once the project is compiled, you will receive the following output − 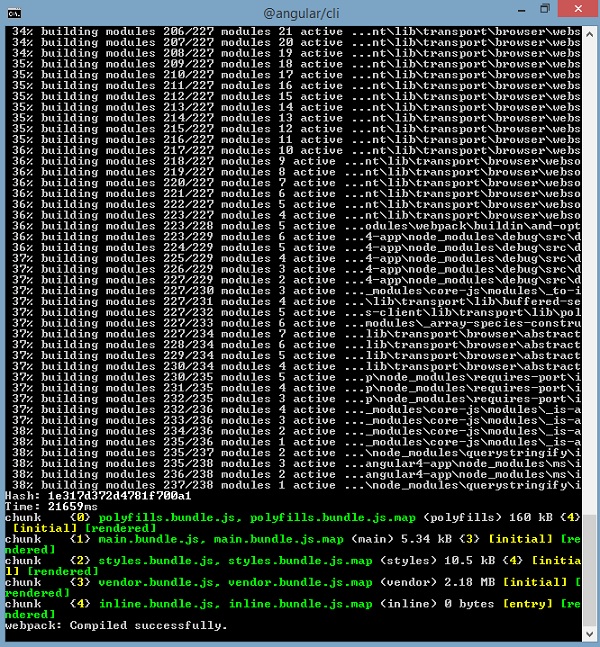 Once you run http://localhost:4200/ in the browser, you will be directed to the following screen − 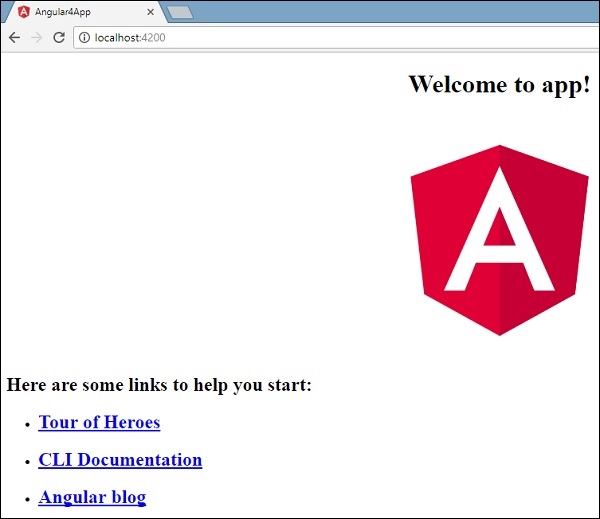 Let us now make some changes to display the following content −

We have made changes in the files – app.component.html and app.component.ts. We will discuss more about this in our subsequent chapters.

Let us complete the project setup. If you see we have used port 4200, which is the default port that angular–cli makes use of while compiling. You can change the port if you wish using the following command −

The Angular 4 app folder has the following folder structure −

The Angular 4 app folder has the following file structure −

At present, if you open the file in the editor, you will get the following modules added in it.

In case you need to add more libraries, you can add those over here and run the npm install command.

The src folder is the main folder, which internally has a different file structure.

It contains the files described below. These files are installed by angular-cli by default.

They are imported and saved into variables such as declarations, imports, providers, and bootstrap.

declarations − In declarations, the reference to the components is stored. The Appcomponent is the default component that is created whenever a new project is initiated. We will learn about creating new components in a different section.

imports − This will have the modules imported as shown above. At present, BrowserModule is part of the imports which is imported from @angular/platform-browser.

providers − This will have reference to the services created. The service will be discussed in a subsequent chapter.

bootstrap − This has reference to the default component created, i.e., AppComponent.

This is the default html code currently available with the project creation.

You can save your images, js files in this folder.

This folder has the details for the production or the dev environment. The folder contains two files.

Both the files have details of whether the final file should be compiled in the production environment or the dev environment.

This is a file that is usually found in the root directory of a website.

This is the file which is displayed in the browser.

The body has <app-root></app-root>. This is the selector which is used in app.component.ts file and will display the details from app.component.html file.

main.ts is the file from where we start our project development. It starts with importing the basic module which we need. Right now if you see angular/core, angular/platform-browser-dynamic, app.module and environment is imported by default during angular-cli installation and project setup.

The platformBrowserDynamic().bootstrapModule(AppModule) has the parent module reference AppModule. Hence, when it executes in the browser, the file that is called is index.html. Index.html internally refers to main.ts which calls the parent module, i.e., AppModule when the following code executes −

When AppModule is called, it calls app.module.ts which further calls the AppComponent based on the boostrap as follows −

In app.component.ts, there is a selector: app-root which is used in the index.html file. This will display the contents present in app.component.html.

The following will be displayed in the browser − 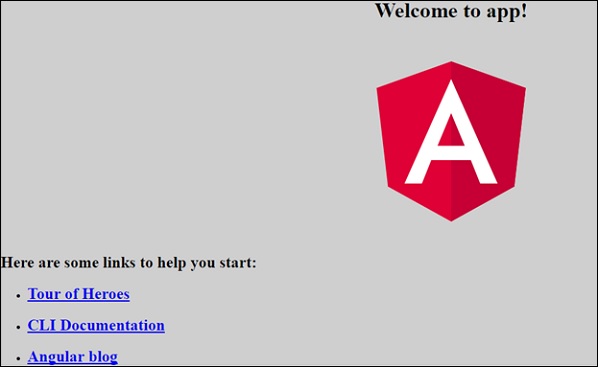 This is mainly used for backward compatibility.

This is the style file required for the project.

Here, the unit test cases for testing the project will be handled.

This is used during compilation, it has the config details that need to be used to run the application.

This helps maintain the details for testing.

It is used to manage the TypeScript definition. 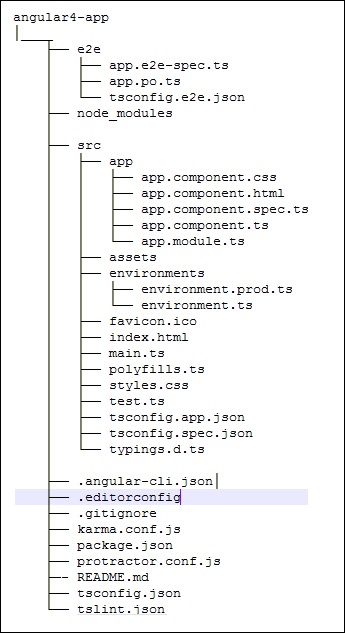