What is Set-Reset (SR) Flip-flop?

Flip flops are an application of logic gates. A flip-flop circuit can stay in a binary state continually (as long as power is transferred to the circuit) before conducted by an input signal to switch states. S-R flip-flop represents SET-RESET flip-flops. The SET-RESET flip-flop includes two NOR gates and also two NAND gates. These flip-flops are also known as S-R Latch.

The SR flip-flop has two inputs such as the ‘Set’ input and a ‘Reset’ input. The two outputs of SR flip-flop are the main output Q and its complement $\overline{Q}$.

The diagram shows the circuit diagram of an SR flip-flop. 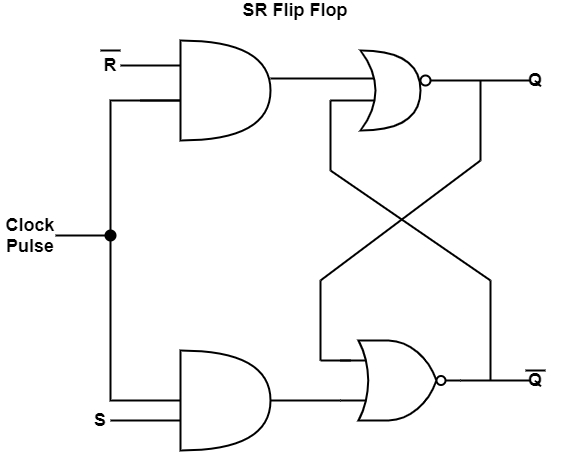 The truth table of SR flip flop is shown in the table.

The logic symbol of the SR flip-flop is shown in the figure.