What is Parity Bit?

Parity Bit is the simplest and frequently used method for detecting an error. In this method, we have to join a parity bit to the end of the data structure. The bit is so chosen that the weight of codeword is either even or odd of, i.e. V is the cost of this bit is chosen therefore that the character has an even number of 1's called even parity or an odd number of 1's known as odd parity.

For Example, If the transmitter is transmitting 1110001 and using odd parity. It will

append 1 in sorting. The receiver determines the received character. Suppose the total number of 1's is odd. It considers that no error has appeared, and if one bit (any odd number of bits) is poorly inverted during communication, e.g. 11100001, the receiver will disclose an error.

There are two techniques used in Parity Bit are as follows −

The structure of data from the source is inflicted to a check bit or parity bit generator structure, where parity of −

This scheme creates a total number of 1's, even known as even parity checking. 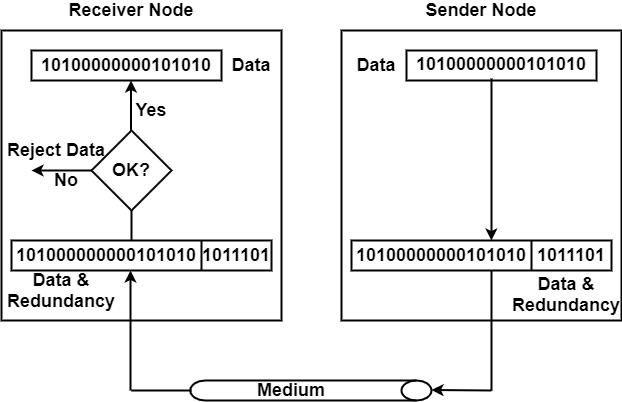 Parity check bits are evaluated for each row, similar to a simple parity check bit. It is also calculated for all columns, and then both are transmitted along with the data. At the receiving end, these are distinguished with the parity bits evaluated on the received information. 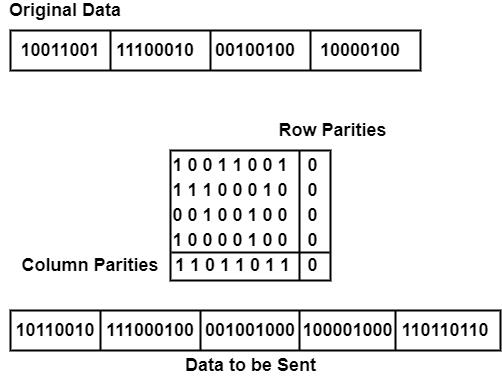