Ranthambore Fort is located in the Ranthambore National Park situated near Sawai Madhopur. The place was used by the Maharajas of Jaipur for hunting which was stopped after independence. The fort has now been listed in UNESCO World Heritage Site in 2013. Mostly Rajputs were the ruling clan but later it was ruled by Delhi Sultanate, Mughals, Marathas, and the British. 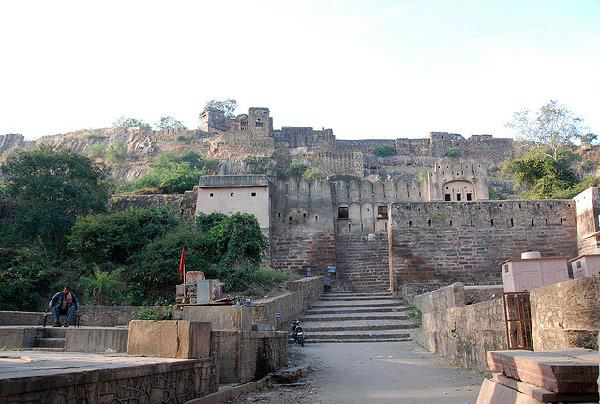 Sawai Madhopur is a district located in the Indian state of Rajasthan. The city is popular for the Ranthambore National Park, Trinetra Ganesh Temple and guavas. The city was planned and built by Sawai Madho Singh on 19th January 1763. The day is now celebrated as the foundation day of the city. 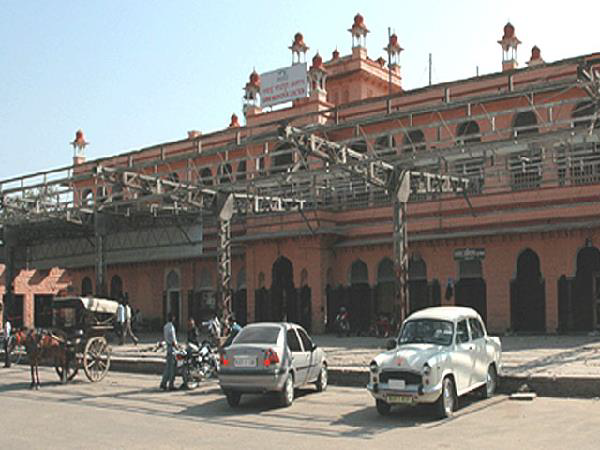 Ranthambore Fort is opened for the public from 6:00am to 6:00pm and it takes around two to three hours to visit the fort. The fort is opened on all the days of the week and also on government holidays. Besides this, tourists can also visit the national park within which the fort is situated. The park is closed from the month of July to September.

Best time to visit the fort is during the period from October to March. In these months, climate is very pleasant and tourists can visit the area comfortably. The months of April and May are hot and are not suitable to visit the fort. From the month of July to September the park is closed and nobody could enter the park. So fort also cannot be visited as it is situated inside the park.

There are more than 100 hotels in Sawai Madhopur where tourists can stay. These hotels range from inexpensive hotels to expensive five-star hotels. Some of the hotels of the city are as follows −

Ranthambore Fort was built by Sapaldaksha of Chauhan dynasty. He was the first who put the foundation of the fort and the kings who succeeded him added more structures to the fort. Previously the name of the fort was Ranastambha or Ranastambhpura. 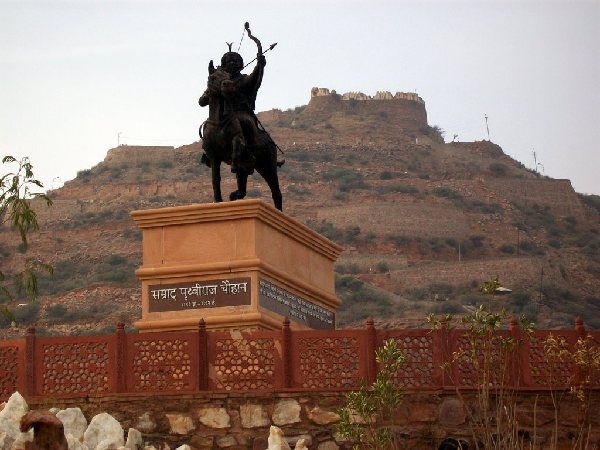 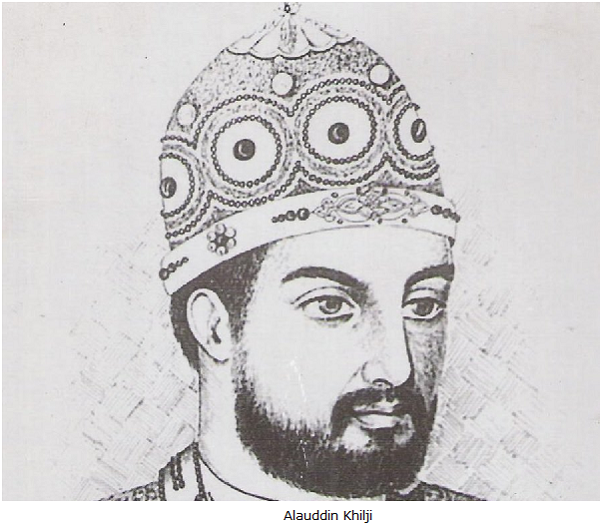 Ranthambore Fort under Other Rulers

During the British period, there was a rise in the population of the city in early 20th century which was a threat to the forests. So the Jaipur Forest Act was made in 1939 which prohibited the cutting of trees, animal grazing and hunting. But the law could not come into force. In 1953, the area was preserved due to Rajasthan Forest Act.

Ranthambore fort is one of the most visited forts in Rajasthan as it is situated in the Ranthambore National Park. There is a big and massive wall which protects the fort while seven gates are there for entering and exiting the fort. There are many other structures which can be visited by the tourists.

Hammir Kachaheri was built by Hammir Singh and it faces Delhi gate. The kachaheri is built on a raised platform. The structure has a central chamber that measures 19.50m x 11.90m. There are two more chambers, one on each side of the central chamber. The pillars in the central chamber support the ceiling and are arranged in two rows. 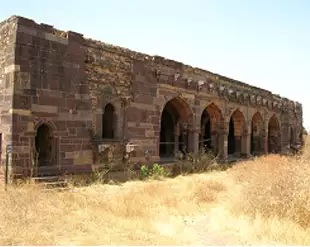 These pillars divide the chamber into 15 sections. Toranas are located in front of the chamber and is supported by double row of columns. The structure was built with rubble stones which are attached to each other through lime mortar.

Hammir Palace was constructed by Hammir Singh. The eastern wing of the palace has three storeys while the rest of the sides are single storeyed. There are many chambers in the ground floor connected by small doors to each other. 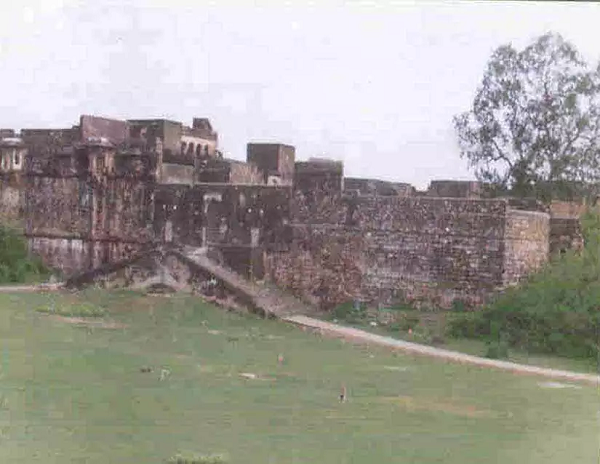 The verandah of the chambers is common whose ceiling is supported by plain pillars. Balconies were constructed on the eastern façade. Stone rubble attached with lime and plastered with lime mortar is used to construct the palace.

Battis Khamba Chhatri is a three storey building whose top terrace is square shaped that measures 12.5m x x12.5m. The roof of the building rests on 32 pillars or battis khamba and that’s the reason the building was named so. The pillars are arranged in two rows where the outer side has six and inner has four pillars. 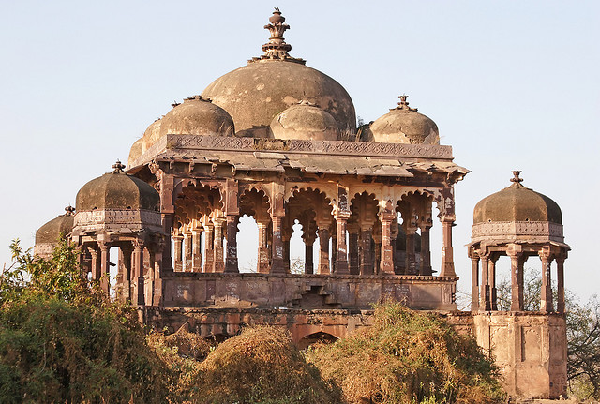 The upper part of the pillar is octagonal in shape while the lower one is square-shaped. There is a verandah in which the center of the ceiling has a big dome which is surrounded by three small domes. Rest of the ceiling is flat.

There are seven gates in the fort which are used to enter and exit the fort. These gates are as follows − 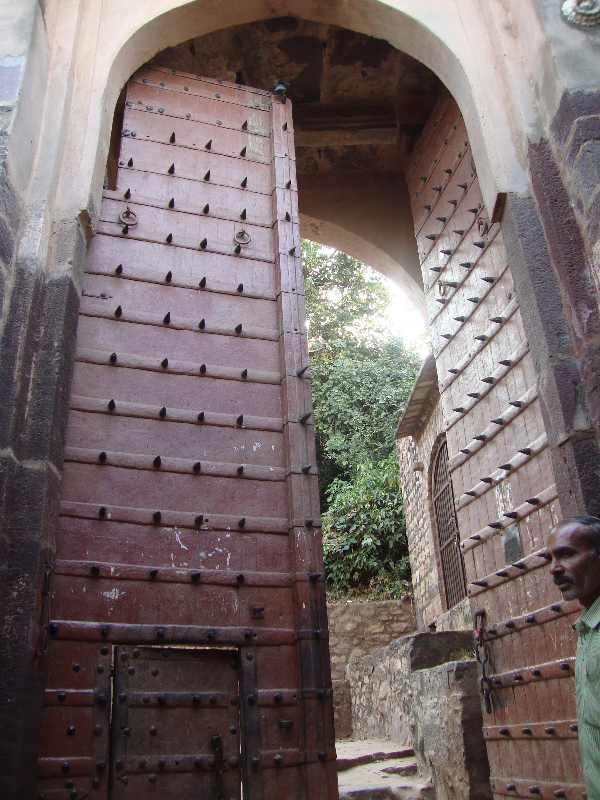 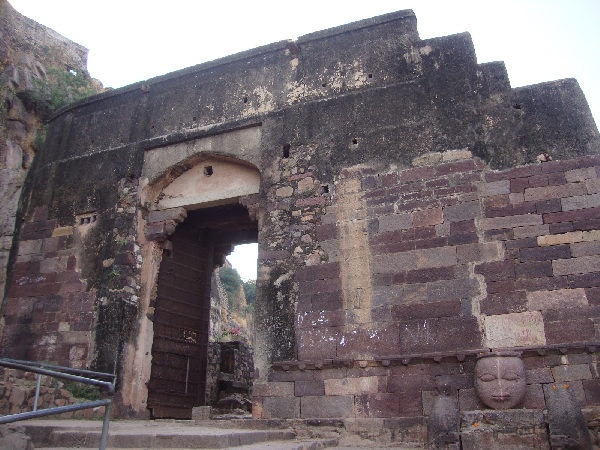 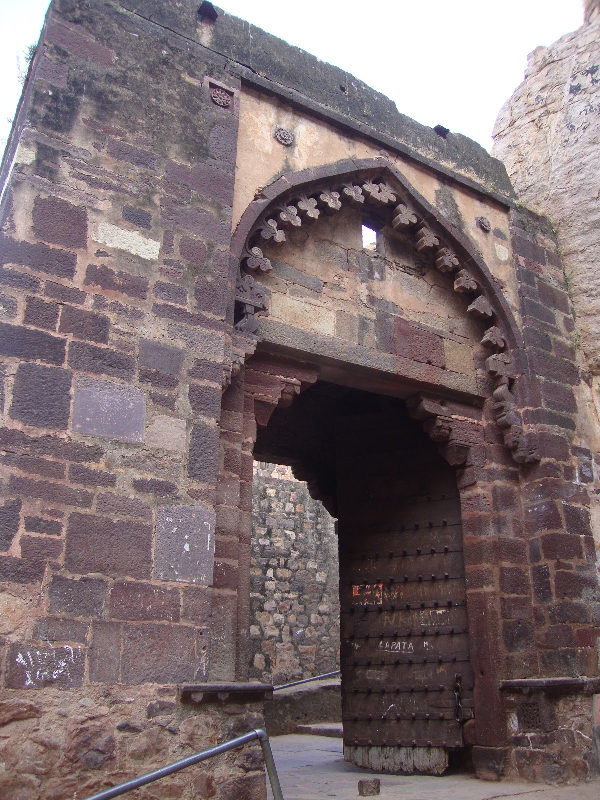 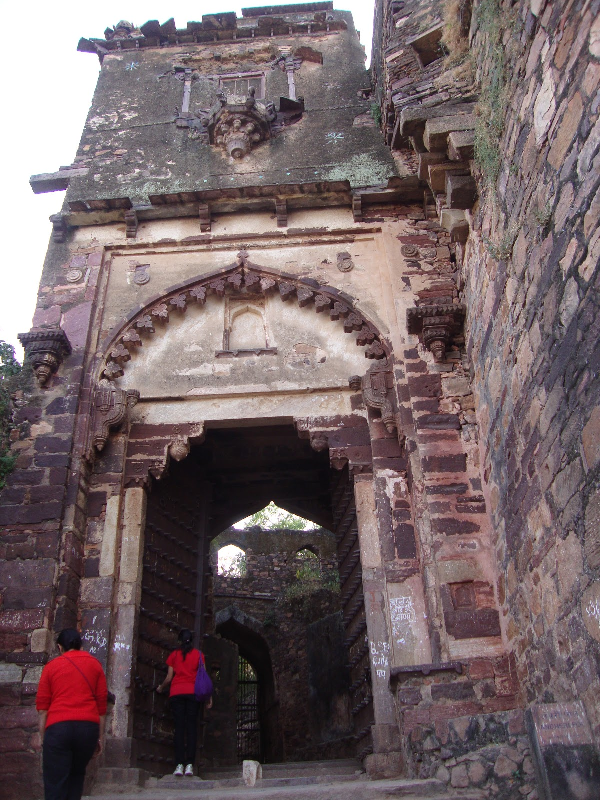 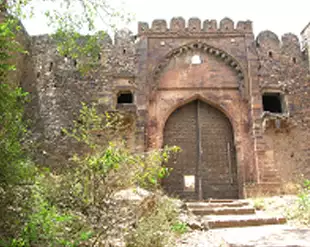 Ganesh temple of the fort is popular because people write letters to Lord Ganesh which is posted daily by a local postman. That’s the treason the temple is very popular among the devotees. 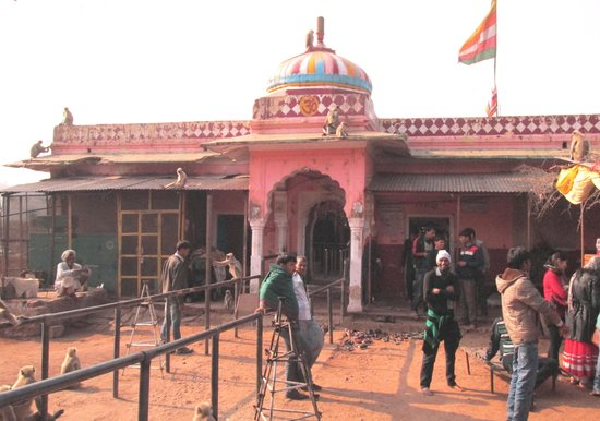 Badal Mahal has a big hall which has 84 columns. The palace has been ruined but still walls can be seen whose height is 61m. The big hall was used by Hammir Singh for holding meetings and conferences. 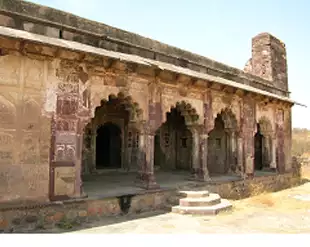 Ranthambore Fort - How to Reach?

Sawai Madhopur does not have airport but it is well-connected via rail and road to various cities. Sawai Madhopur falls in the Delhi-Mumbai route through railways and many trains have stoppage here. 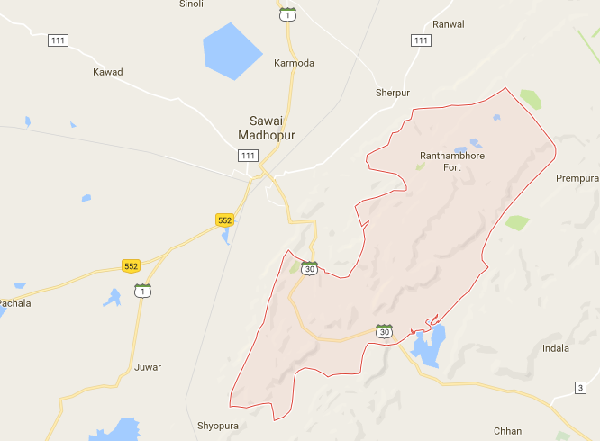 Sawai Madhopur doesn’t have airport but the nearest airport is Sanganer in Jaipur. Tourists can come to Jaipur through flight and take a train, bus, or car to reach Sawai Madhopur. It takes around two hours by train and three hours by bus to reach the city.

Sawai Madhopur is located on the Delhi-Mumbai route. Jaipur is also directly connected to Sawai Madhopur and many long and short distance trains from Jaipur and Delhi go via the city. No trains start from the city but the trains that stops here include Rajdhani, Janshatabdi, superfast and fast mails and express and passenger trains. 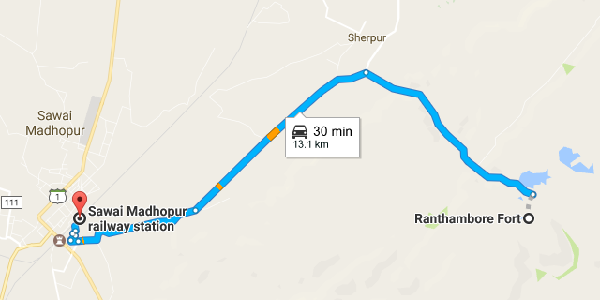 There are many places nearby Ranthambore Fort which the tourists can visit. Some of them are as follows −

Surwal Lake is a place in the park nearby the fort where people can watch birds catching fishes. Since the lake dries in summer due to its shallowness, it is better to visit it in monsoon or winter. Morning time is better as a large number of birds can be seen. 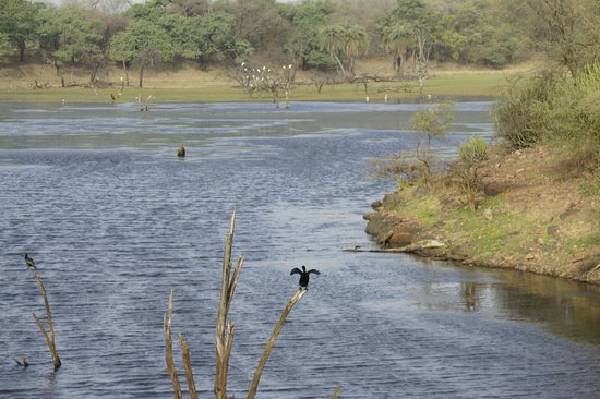 Kachida Valley is nearby the park where tourists can find panthers, bears, deers and other animals. The hills nearby also add beauty to the place. Due to its beauty from the presence of hills and the animals found, the valley is one of the best place to visit.

Padam Lake is the largest lake of the park where wild animals come to drink water as it is the main source. In the early morning, many animals can be seen drinking water from the lake. The lake is called Padam which means flowers because water lilies grow here which make the place beautiful. 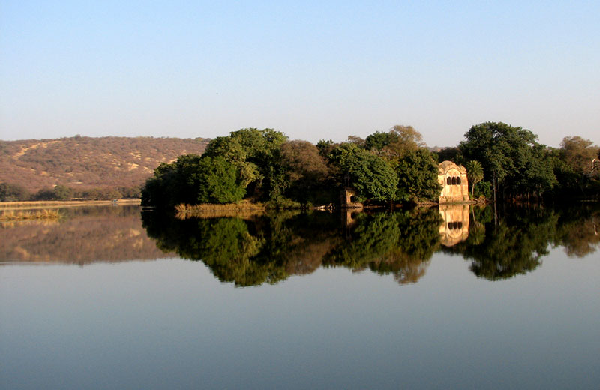 Jogi Mahal is situated nearby Padam lake. Previously, it was used as a rest house but now accommodation has been restricted. There is a banyan tree nearby the mahal which is very tall and is considered as one of the largest banyan trees in India. 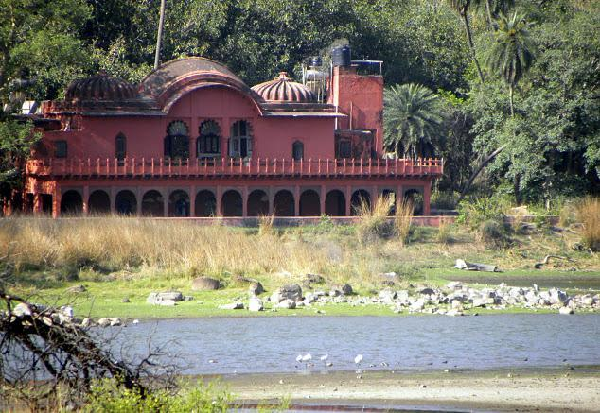