Python is a high-level, object-oriented, interpreted programming language, which has garnered worldwide attention. Stack Overflow found out that 38.8% of its users mainly use Python for their projects. According to the website’s survey, Python’s popularity surpassed that of C# in 2018 – just like it surpassed PHP in 2017 and right now python users have surpassed the Java users with 8.2 million users as of 2020. This makes Python certification one of the most sought-after programming certifications. In this Python Tutorial, I will be discussing the following topics: Python is best code language to learn to code in 2021with pycharm.

Python to be the multiprogramming language since it has all features of conventional Latest programing language. Such as c, c ++. It continuously serves as a best language for developing applications efficiently.

Scope of Python Career in 2021, Impressive salaries for python in various job roles. Python is the fastest-growing language without any threats. Large companies adopting python for their projects to get a better result efficiently learn data analytics course.

Go from zero to hero in Python in weeks! Learn Python the easy way by building real-life Python programs!

1. Build a python database application with Python and SQLlite3

Using this python language course unofficial Tutorial you will learn Python with simple easy to understand coding tutorial, you will also be building applications,so that you will get real world usage of python programming. 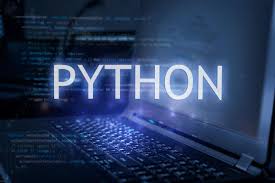