Gateways of the fort

The walls of the fort are 18m high and the circumference of the fort is 1.5km. There are three gates in the fort which are

The Bara Darwaza is still in use and it faces west. Humayun Darwaza was named so because Humayun’s tomb is visible from here. Another view of the historians says that the gate was constructed by Humayun that’s why it is named so. Talaqi Darwaza or forbidden gate is the third gate of the fort. Each of the gates has two storeys and are built with sandstone. Each gate also has two bastion towers made up of marble.

Sher Shah Suri built this mosque in 1541. Five doorways are there having pointed arch in each. In this mosque the king and his courtiers used to offer prayers. The measurement of the prayer hall is approximately 51.20m x 14.90m. There are five mihrabs in the hall that face west direction. The mosque is a two-storey building where the second storey was used by the women courtiers for prayers. There was a doorway which led to the room where the royal women used to pray. 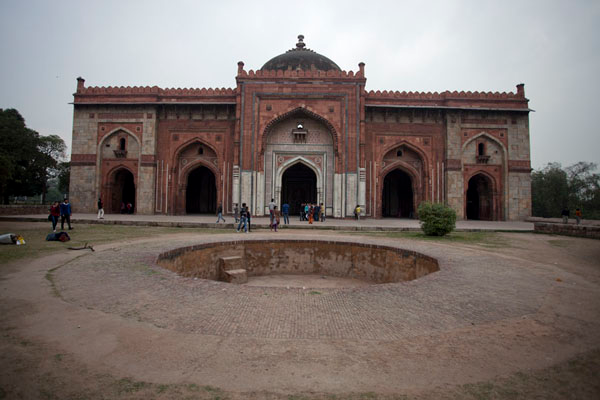 The construction of Sher Mandal was started by Babur and completed by Humayun. The building is made up of red sandstone and is octagonal in shape. Babur used the building as an observatory and library. 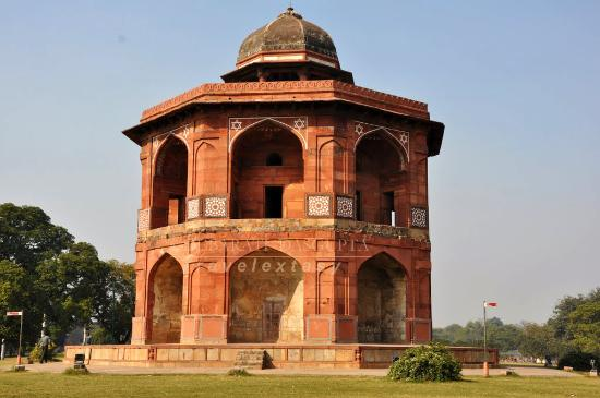 The tower is supported by eight pillars and an octagonal chhatri. Along with all these, there is a spot depicting the place from where Humayaun fell down from the second storey and died after two days.