Rao Jodha constructed many palaces inside the fort. Many features were added to the palaces by the rulers who came after Rao Jodha. The staircase of the palaces were narrow, the walls were decorated, and the windows have stained glasses. The height of the walls is 36m and width is 21m.

Sheesh Mahal of Mehrangarh Fort is different from the ones constructed by the Mughals in their forts. The palace has large and regular pieces of mirrors along with the figures of religious deities which are imposed over the mirror work. Due to the presence of the images of deities, the sheesh mahal was used as a private temple. 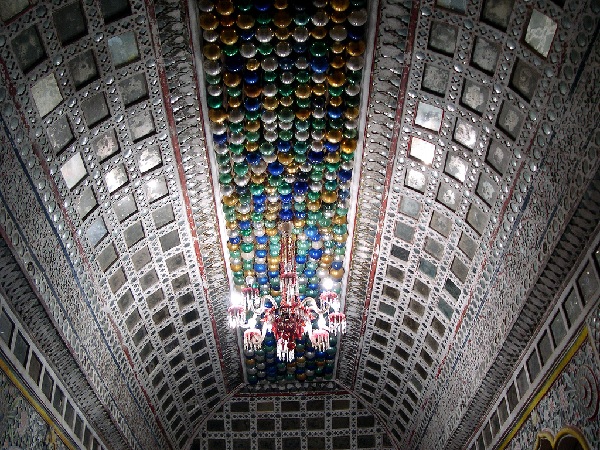 Phool Mahal was constructed by Abhay Singh who ruled from 1730 to 1750. The gold used during the construction of the palace was the war booty which the king got by defeating Sarbuland Khan, a governor of the Mughals. 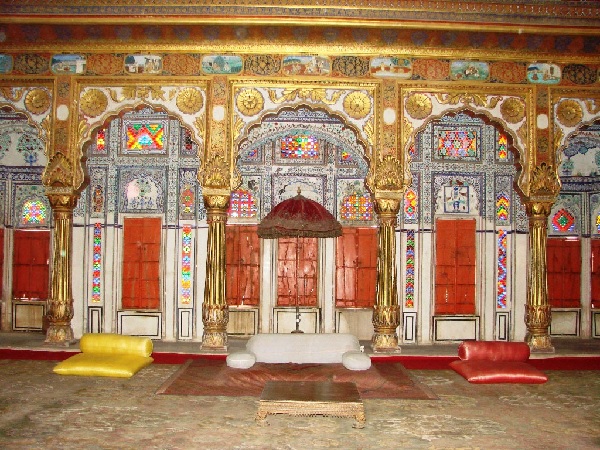 Jaswant Singh II, who ruled between 1873 and 1895, added portraits, raga mala, and paintings to the palace. During the reign of Pratap Singh, wall paintings were made whose style was European.

Maharaja Takhat Singh built the Takhat Vilas Palace. He was the last ruler who lived in the fort. Many traditional styles were used in order to decorate the palace. The walls of the palace have pictures which were painted with the help of wet plaster. 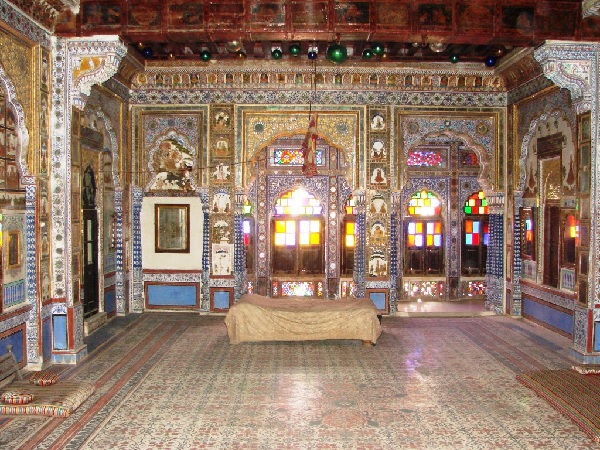 The ceilings include wood beams which are decorated with many pictures like Krishna Leela, Folk Dhola Maru etc. The floor is built in such a way that anybody can think that the floor is covered with carpet.

Moti Mahal or Pearl Palace is considered as the biggest palace of the fort. The palace was built during the reign of Maharaja Sur Singh. There is a big hall for private meetings. Five hidden balconies can be found from where the five queens of the king viewed the proceedings of the court. 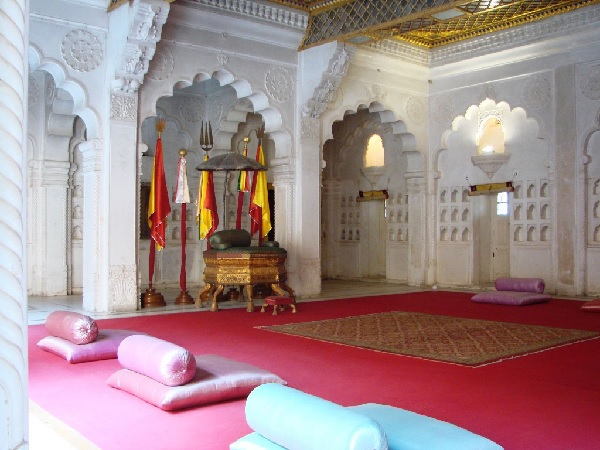 The wooden ceiling of the palace is decorated with gold leaves and mirrors. The palace has the alabaster throne which can be found at one of the ends of a palace room. This is the same palace where coronation ceremony of many rulers starting from Rao Jodha was arranged. Sangar Choki or coronation seat was used during the ceremony.

Jhanki Mahal was constructed adjacent to Khabka Mahal. The palace was built for the queens who looked outside world from the palace. The palace had latticed screens so that nobody could see them while they are seeing outside world. Purdah system was mandatory for the women who look outside. One of the features of this palace was the placement of mirrors. 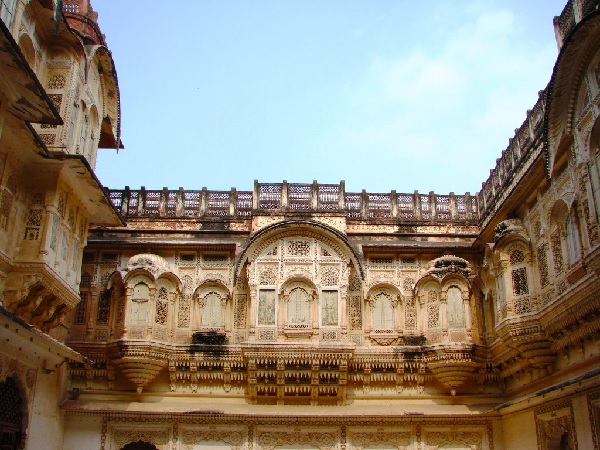 Moti Vilas is a palace having carved lattice screens. If a person sees the palace from a distance, he will think that the screens are made with laces. There is a zenana court which was built using stones which were beautifully chiselled.

The Sardar Vilas was built nearby Moti Vilas and is featured with woodwork. The woodwork done in the palace are plated with gold and its decoration was enhanced with ivory. A marble can also be seen here which the king got from the king of Kabul.

Umaid Vilas is a palace which has got many paintings. It has the paintings of Maharaja Pratap Singh and Maharawal Jaswant Singh of Jaisalmer. The painting of Pratap Singh was painted by an artist named Amar Das. Tourists can also find pictures where the kings are playing holi with their wives.