Maharaja Rao Jodha built the Mehrangarh Fort in 1460AD. The fort is considered as one of the biggest forts in India. One of its gate has the marks of the attack of cannons during the war with the army of Jaipur. The fort has many palaces, courtyards, temples, and other structures built by various Rajput rulers. Maharaja Man Singh built seven gates to remember the victory over the armies of Jaipur and Bikaner. 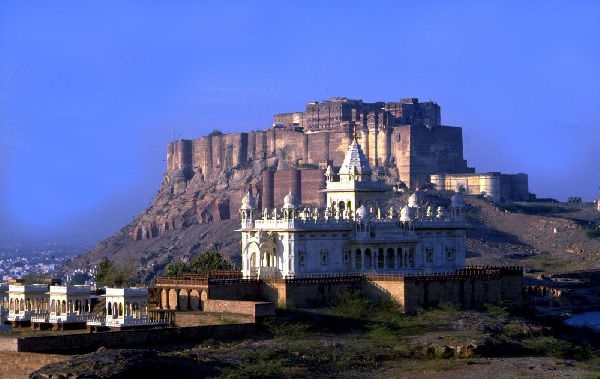 Jodhpur is one of the largest cities of India and second largest of Rajasthan. Jodhpur is a historical city having many palaces, temples, forts, etc. Another name of the city is Surya Nagri or Sun City. The name is given due to bright and sunny weather throughout the year. Blue City is another title given to Jodhpur as many houses of the city are in blue color. 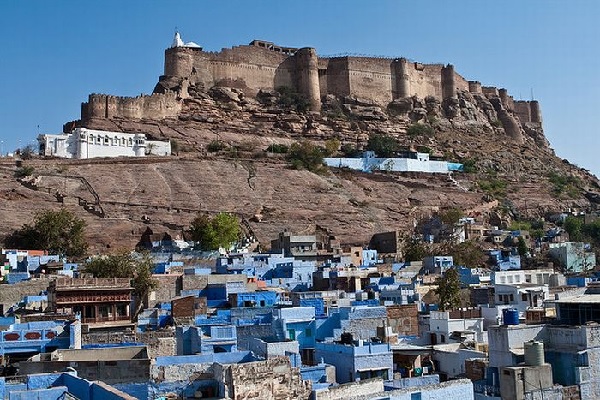 Mehrangarh Fort is opened for the public from 9am to 5pm. The fort is also opened on government holidays. It takes around one to three hours to visit the whole fort due to the presence of many structures inside it.

Tourists have to pay an entry fee in order to visit the fort. For Indians, the cost of the ticket is Rs. 60 while for foreigners it is Rs. 400. Photography and video recording is also allowed and the tourists have to pay Rs. 100 for carrying still camera and Rs. 400 for video camera. The day of 12th May is celebrated as Jodhpur Foundation Day and entry in the fort is free on this day.

There are more than 500 hotels where the people can stay. The hotels range from inexpensive budget hotels to expensive five-star hotels. Some of these hotels are as follows −