Daulat Khana was built beneath the Phool Mahal during the Mughal period. These were the times when the Rathores had good relationships with the Mughals. Heavy locks and liquor bottles can still be found which were included in curios. The liquor bottles were wrapped in the wet clothes and warriors used to drink from them before fighting any battle. 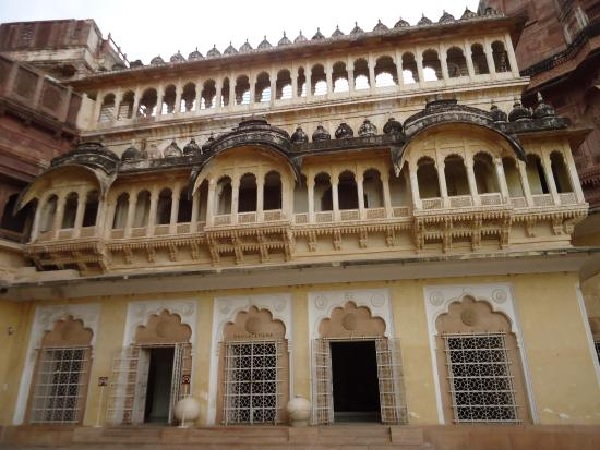 The curios also included many other things like coin boxes, carpet weights, hookas, etc. There is also a silk tent in the Daulat Khana made up of red and gold brocade. This tent was made for emperor Aurungzeb which was later taken away from his son by Raja Jaswant Singh.

Sileh Khana or armoury is another gallery where weapons of all the periods can be seen. Rajputs took great care of their weapons as it was a warrior tribe. Tourists can find guns, maces, shields, swords and other types of weapons here. Khanda of Rao Jodha, sword of emperor Akbar and Timur can be found here.

Elephants are the animals which were a part of battles as they can throw humans and animals or can trample them beneath their foot. The howdas were the seats made up of wood and decorated with gold and silver. These were tied on the back of the elephant where kings used to sit. 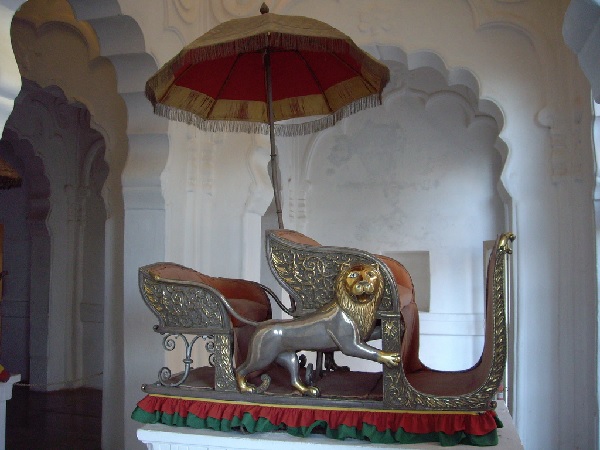 Palanquins, also known as palki, were mostly used by noble women for travelling and circumambulation. Small palkis were called doli were used to carry women due to the strict purdah system of the Rajputs. 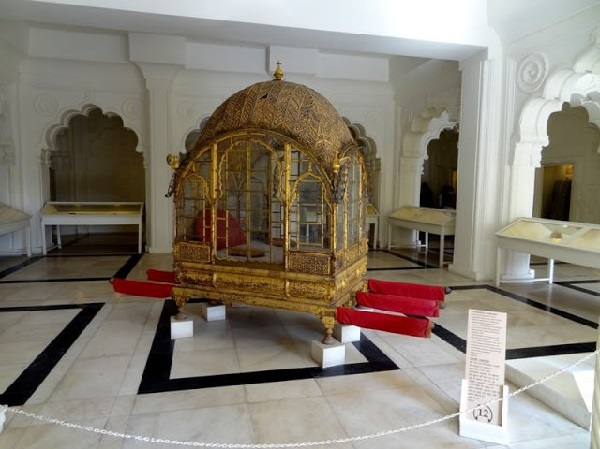 The covers of the palkis were decorated beautifully. When a royal lady was carried in a palki, her relatives or elder Rajputs used to accompany her. Each palki carrier has a stick to support the palki.