Lohagarh Fort has been built by Maharaja Suraj Mal in 1732 on an artificial island. The outer walls of the fort have thick walls made up of mud. The fort was impregnable due to these mud walls because the cannons fired on the fort were sunk in the mud. These cannons were later used by the army of the maharaja to attack on the enemy. The construction of the fort took eight years to complete. The British took over the fort and broke the walls in 1826. Some of the structures inside the fort are as follows −

Ashtadhatu Gate is the main entrance to the fort. The spikes of the gate were made up of eight metals that’s why the gate is called ashtadhatu or eight metal gate. Here ashta means eight and dhatu means metal. The gate has rounded bastions along with paintings of war elephants. It is believed that the gate belonged to the Chittorgarh Fort which was brought by Alauddin Khilji to Delhi. In 1764, Raja Jawahar Singh brought the gate to Lohagarh Fort.

Lohiya Gate is situated at the south of the fort. It was also brought from Delhi as it was a part of Chittorgarh Fort and brought to Delhi by Alauddin Khilji.

Sandstone Durbar or Maharaja Meeting Hall was a hall where the king used to have public and private meetings. The walls of the hall are carved, and the hall also has pillars and archways. The hall has now been converted into a museum.

The fort is surround by moat whose width is 250feet and depth is 20 feet. After digging the moat a wall of the height of 25 feet and width of 30 feet was constructed. The fort has ten gates to enter and exit. Each door led to the main road and there was a moat in front of the road whose width was 175 feet and depth was 40 feet. 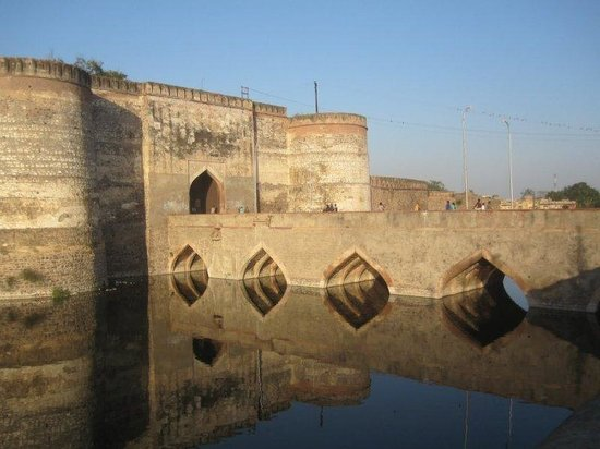 Walls of the Fort

Jawahar Burj was built by Raja Sawai Jawahar Singh in 1765 to commemorate his victory over Mughals. Jawahar Burj was also used for the coronation ceremony of the rulers. The ceiling of the burj has frescoes which are deteriorating now. There is also a series of pavilions in the burj. Fateh Burj was built by Raja Ranjeet Singh in the commemoration of his win over the British. The burj was constructed in 1805.

Vijay Stambh or Victory Column is an iron pillar which consists of the lineage of Jat kings. Starting from Lord Krishna, the genealogy leads to Sindhupal who was the 64th descendent of Lord Krishna. It goes up to Maharaja Brijendra Singh who ruled from 1929 to 1948. The mentioned rulers in the genealogy belong to Yaduvanshi Jat.

Mahal Khas was built by Suraj Mal who reigned from 1733 to 1763. The roofs of the palace are curved and caved brackets were used to support the balconies. All this construction was a part of Jat architecture. One more Mahal Khas is there on the eastern side of the fort which was built by Raja Balwant Singh who ruled from 1826 to 1853. 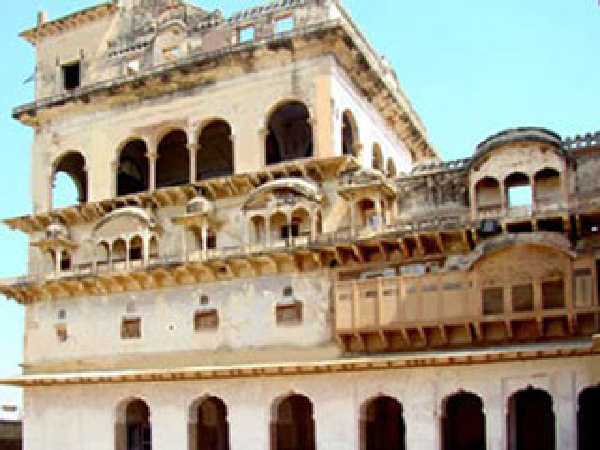 The Kamra Palace was built adjacent to the Badan Singh palace and was used to keep weapons and armoury. The palace has now been converted into a museum which includes Jain sculptures, collection of weapons, and Arabic and Sanskrit manuscripts.

Ganga Mandir was built by Raja Balwant Singh in 1845. Raja announced that the persons who are involved in the construction have to donate their one month salary. The architecture of the temple is very beautiful. 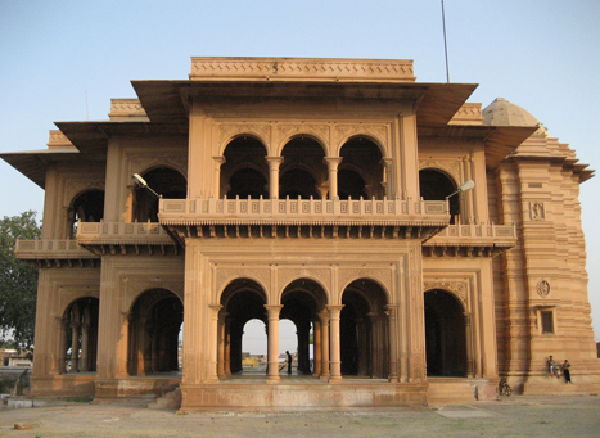 Laxman Temple is dedicated to Laxman the brother of Lord Rama who went with him for the exile of 14 years. The temple was constructed by using stone work. There are carvings from doorways to pillars, ceilings, arches, and walls. 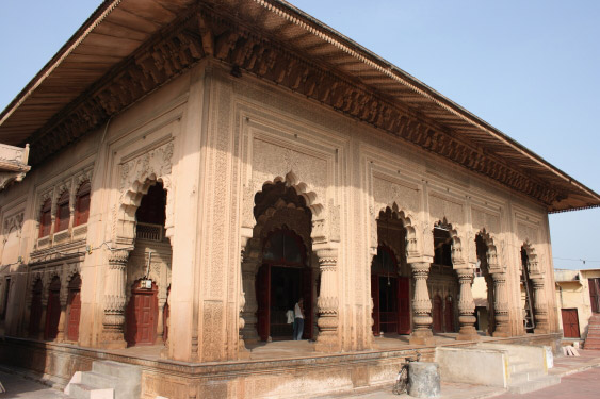