Bikaner was ruled by many Rajput rulers and they built many monuments inside the Junagarh fort. Each king either built his palace or separate room in a palace as none of them wanted to use the room of his predecessor. That’s the reason many palaces have been built.

Karan Singh built the Karan Mahal in 1680 to celebrate his victory over Aurungzeb, the Mughal Emperor. The palace consists of beautiful gardens, carved balconies, and glass windows. Polychrome glass and pattern of mirrors were added to the palace by Surat Singh and Anup Singh. They also painted the palace with red and golden colour. 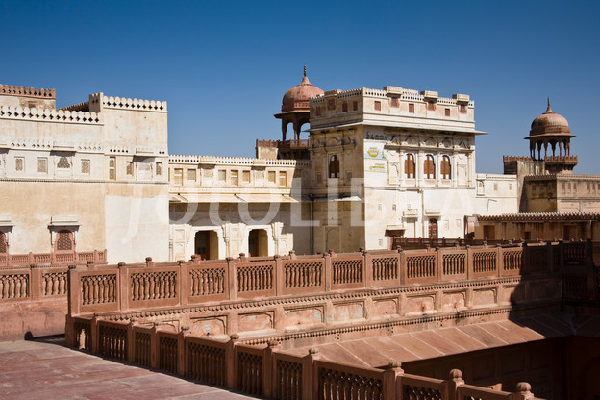 Raja Rai Singh built the phool mahal and it is considered as the oldest part of the fort. The palace is decorated with flower vases, rose water sprinklers, and motifs. The walls of the palace consists of glass and stucco work. 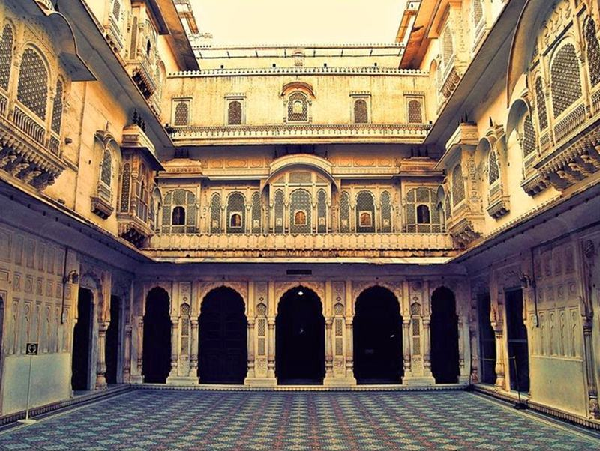 Anup Mahal is considered as a grandest construction of Junagarh Fort. It was built by Anup Singh. The palace was previously called Karan Mahal but Anup Singh added many rooms along with wooden ceilings having inlaid mirrors. The palace also had Italian tiles and lattice windows and balconies along with gold leaf paintings on the walls. 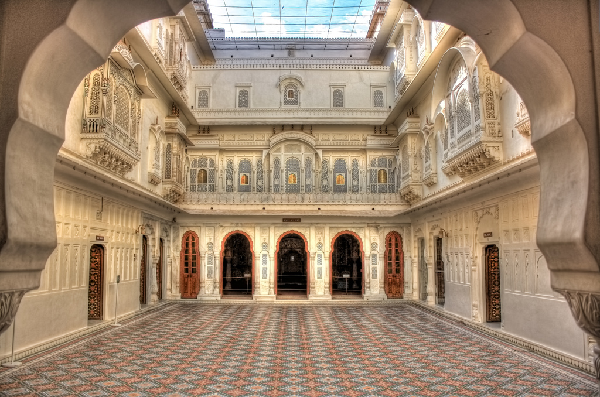 Chandra Mahal is considered as one of the most luxurious palace of Junagarh Fort as the palace consists of gold plated deities. The palace also has paintings which have precious stones. The bedroom was built in such a way that the king would be able to see any intruder coming inside and this was done with the help of mirrors that have been placed inside the room in a well-planned way. 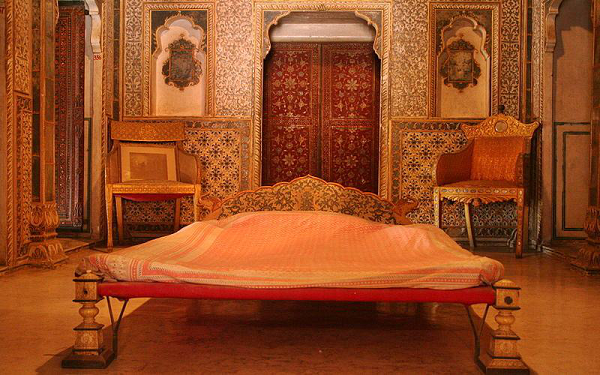 Ganga Singh built the Ganga Mahal in 20th century. There is a museum inside the palace known as Ganga Singh Hall which was used as durbar hall during the reign of Ganga Singh. The museum includes weapons used during the times of Rajputs and an aeroplane used during World War I. 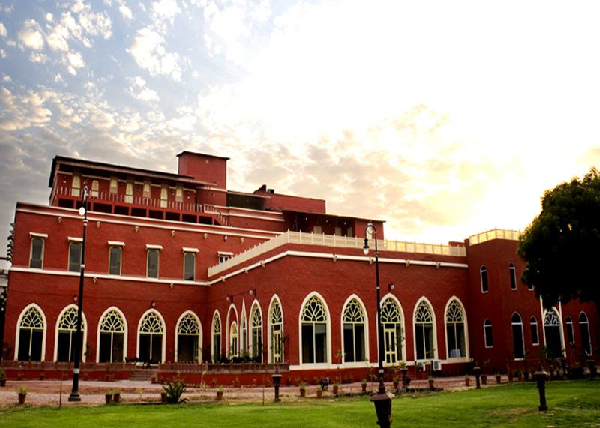 Badal Mahal is an extension of Anup Mahal and consists of paintings of Shekhawati Dundlod Chiefs who were respecting the king of Bikaner. The king is shown as wearing a long turban. There are some paintings to show faith and these include paintings of people who are standing on saws, nails, and swords. The walls has the paintings of Lord Krishna and Radha who are sitting between the clouds. 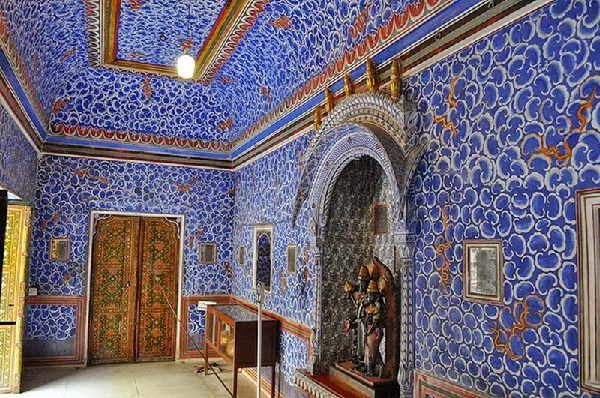